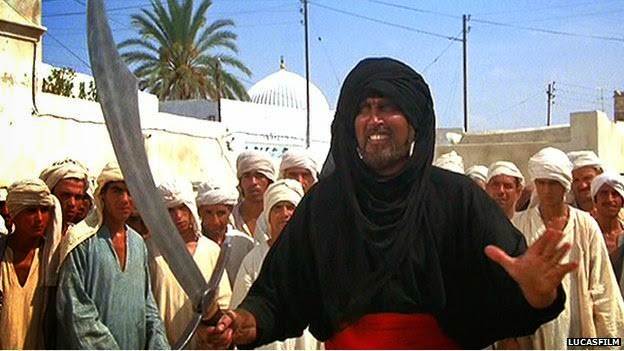 Sad news as we find out that Terry Richards who played the swordsman from Indiana Jones has died.  He was 81.  Richards' career spanned 50 years and has appeared in films such as James Bond, Star Wars and Rambo.  He also doubled for Donald Sutherland, Tom Selleck and Christopher Lee.

Richards served in the Welsh Guards before being told by a friend that they needed extras with military training.  He was asked if he could fall from a scaffolding which ultimately led to his long career as a stuntman.

The role he will be most known for however will be the sword swinging Arab from Raiders of the Lost Ark.  The BBC write:


At a 30th anniversary screening of Raiders of the Lost Ark in 2011, Harrison Ford revealed details of Richards' most famous role as the Cairo Swordsman. 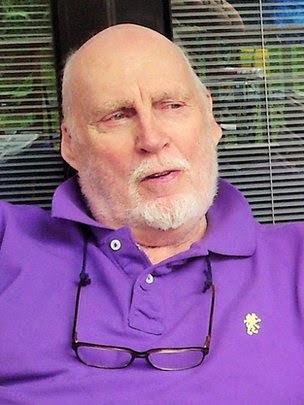 Harrison Ford said it was his idea not to duel with Richards, but to shoot him instead, as the Indiana Jones actor had fallen ill during the shoot.
"I was no longer capable of staying out of my trailer for more than it took to expose a role of film, which was 10 minutes, and then I would have to flee back there for sanitary facilities," said Ford.
He added that Richards, who had "trained and trained" for the role, was disappointed to lose the chance to show off his newly acquired sword skills.
The Cairo Swordsman did get its own action figure and has even appeared in Lego form.

His family revealed he died suddenly last Saturday 14 June, and his funeral is scheduled to take place in Ruislip, north west London, later.

"He was still in good health but he was more ill than he thought," said Mr Richards.

Mr Richards said his father had enjoyed "a good life" travelling all over the world.