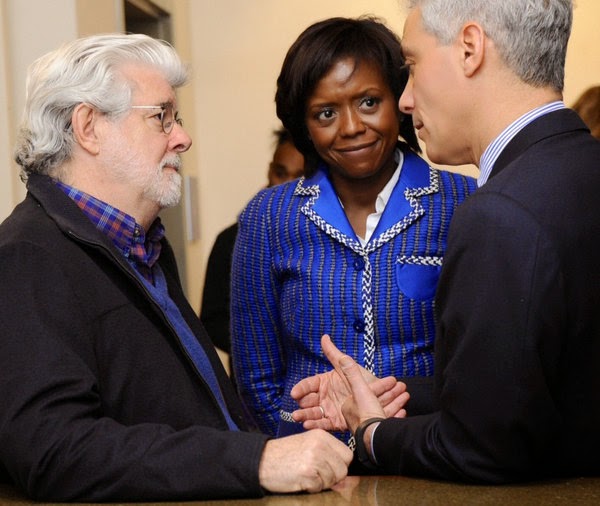 ChicagoTribune.com are reporting George Lucas has selected Chicago for the location of the Lucas Cultural Arts Museum.  It's also reported the name of the museum will change to Lucas Museum of Narrative Arts.

“Star Wars” creator George Lucas has selected Chicago over Los Angeles and San Francisco as the future home of his collection of art and movie memorabilia, according to a spokeswoman for the museum.

A vote by the museum’s board, which would make the decision official, is expected Wednesday. The board also is expected to change the name of the museum from the Lucas Cultural Arts Museum to the Lucas Museum of Narrative Arts.

Pending approval of the Chicago Plan Commission, Lucas' institution would be located on parking lots between Soldier Field and McCormick Place and would open in 2018. Architectural renderings will be presented to city officials in early fall, according to a statement ffrom the museum.