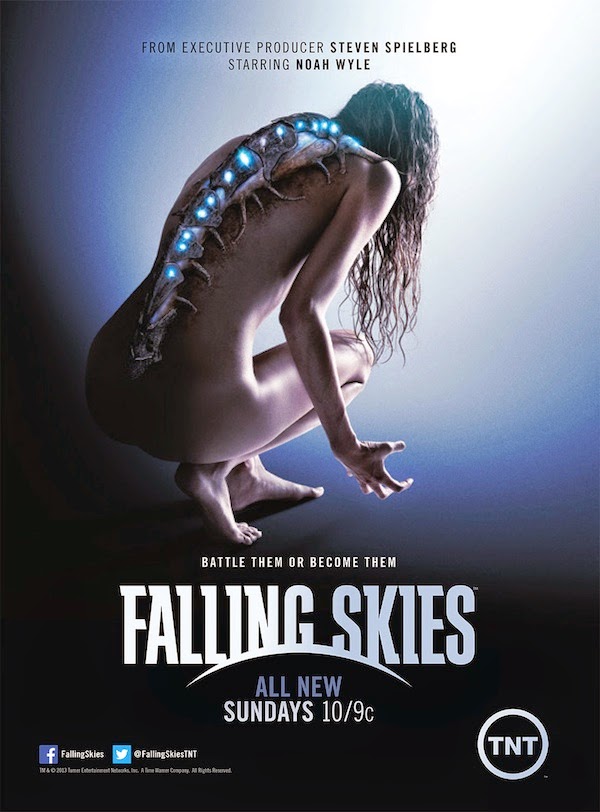 With less than one week to go before the fourth season premiere of the Steven Spielberg produced series Falling Skies, TNT has released another batch of promotional videos.  The first two focus on the characters of Lourdes - still dealing with the aftermath of her alien possession, and subsequent cure by Lexi - and Anthony, one of the battle hardened soldiers of the 2nd Mass.

The next two are part of a 'Know Your Enemy' campaign.
You may want to inform yourself, just in case...

Watch the season premiere of Falling Skies this Sunday, June 22, on TNT at 10/9c.