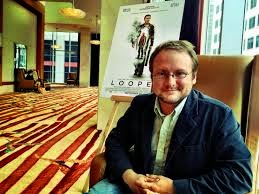 I’m told that Lucasfilm is making a deal with Looper writer-director Rian Johnson to write and direct Star Wars Episodes VIII and IX. Essentially, that means that the intention is for Johnson to take the baton from JJ Abrams, who has gotten the space franchise off the ground and is right now helming Episode VII. I don’t know too much more at this point, but it is in keeping with Disney and Lucasfilm’s strategy of entrusting the venerable franchise to the best and brightest writers and directors, including the spinoff films that are being directed by Chronicle‘s Josh Trank and Godzilla‘s Gareth Edwards.