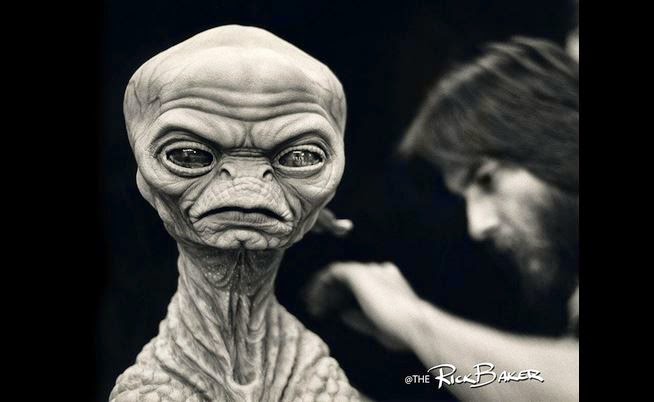 After the success of Close Encounters in 1977 Steven Spielberg set to work on a follow up called Night Skies.  The legendary special effects wizard, Rick Baker was called upon to create alien prototypes for the film.

Unfortunately the movie was abandoned and many of the prototypes were used in other movies including E.T.

Rick Baker has kindly been posting photos of his work on this abandoned project over on his Twitter feed.  Here are some of those photos along with his tweets. 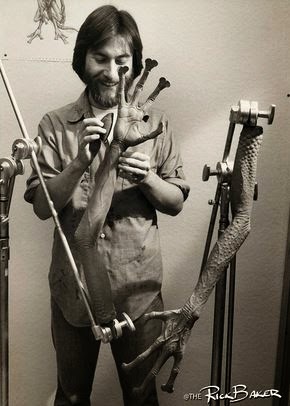 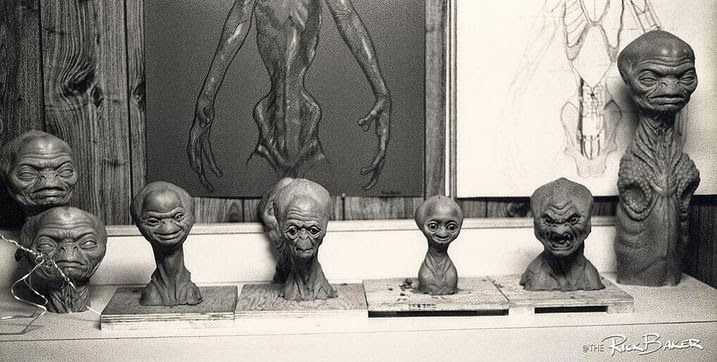 "I was so excited to be working on this project,to be able to design different alien characters of the same race. " 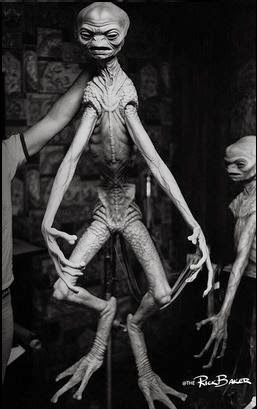 "Unhappy days,film shut down. I wanted to change the body of the ET,the mantis like arm placement just didn't work imo" 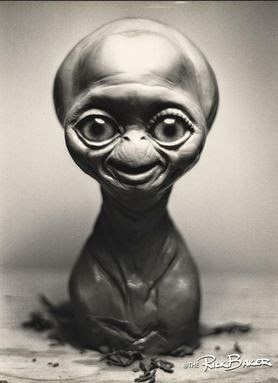 As requested The Night Skies alien. Not finished, no eyes. Cover the top of his head and tell me who he looks like.