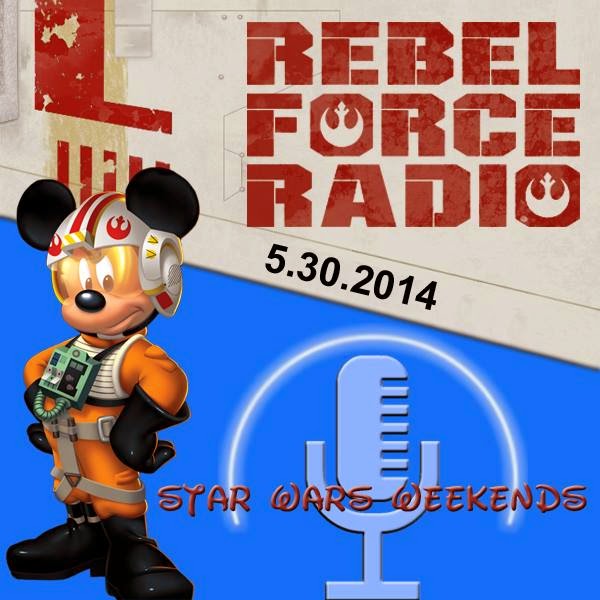 It's time for another RebelForce Radio and boy have they been busy!  Just take a look at these show notes and spot how many guests they ran into during the recent Star Wars Weekend.

NEW SHOW! We are back from Disney’s Star Wars Weekends with a full report from our listener meet-up and celebrity interviews! Hear from Warwick Davis, Jeremy Bulloch, James Arnold Taylor and a few surprises! Leaving no fan behind, we will take you there with audio recorded live at Disney’s Hollywood Studios in Orlando. Plus, Star Wars Episode VII news including the introduction of the first alien from the film, and the Star Wars: Force For Change campaign. And, a controversy is brewing surrounding online comments made by the writer of a future Star Wars stand-alone film, Gary Whitta. We analyze his remarks and discuss the potential impact they may have on the future of the franchise. All this and Boba Beer this week on RebelForce Radio!