Jurassic World News Round Up. Ingen Are Back, Brian Tee Confirms Role and more.

Here's a quick news round up for Colin Trevorrow's Jurassic World. This photo was taken by the clever folks over at Reel Tour Hawaii.  This helicopter was spotted flying over their heads.  Look closely and you can see the Ingen logo.  It looks like their back in Jurassic World 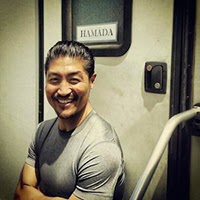 Brian Tee has confirmed his involvement in Jurassic World.  The actor also posted this photo showing himself beaming and behind is his trailer with his character name, Hamada.   This name was mentioned in a recently leaked page of the script for an open casting call.  Hamada is described as a 52 year old "aging Japanese badass who has killed with bare hands". 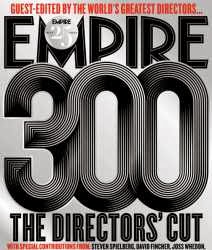 In the latest edition of Empire magazine, Colin Trevorrow the director of Jurassic World gives an in-depth interview and tells us it's not all CGI.  Practical sets and animatronics make a return.

What's technologically possible for you now that wasn't for the previous films?

We're actually building more practical sets on this film than I know have been built on a film in a long time. And we're going to use animatronic dinosaurs. We're doing things that make it feel like a real world that you can touch, feel and be a part of. That was very important to me. 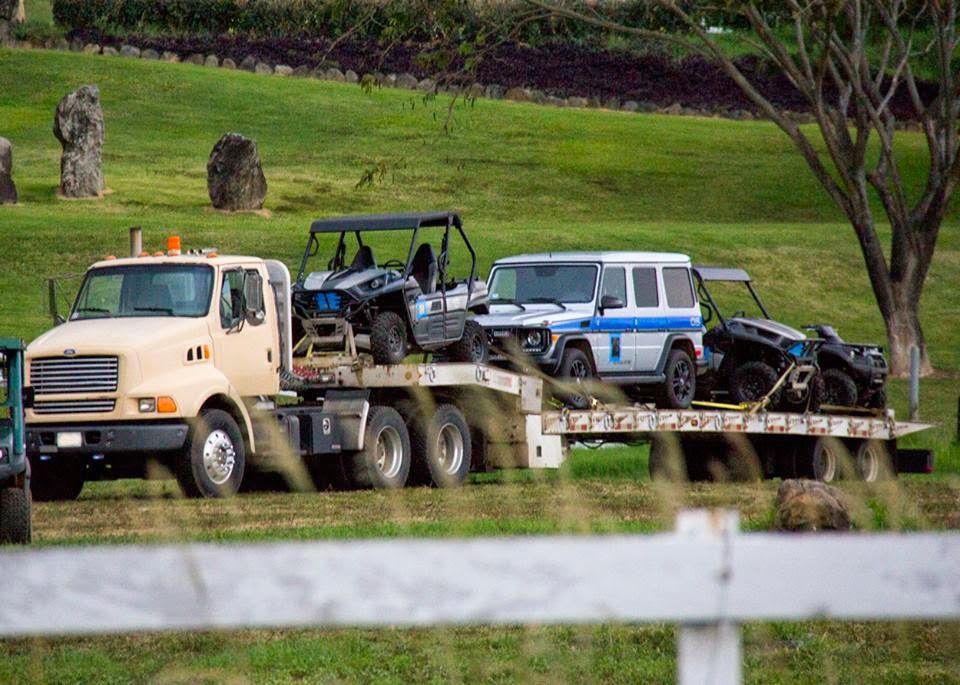 Finally, again thanks to Reel Tour Hawaii we get a glimpse at some of the vehicles at least used in and around the set of Jurassic World.  Will they appear in the movie?  We'll have to wait and see.