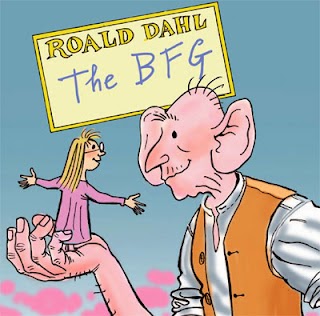 It looks like Steven Spielberg has found his next job!  According to the official Roald Dahl website, the director will helm the film adaptation of Dahl's classic children's book, The BFG.


Renowned film director Steven Spielberg will direct the new adaptation with Melissa Mathison, who last worked with Spielberg on ET, writing the script. Frank Marshall will produce the film and Michael Siegel and John Madden are on board as executive producers.
First published in 1982, The BFG tells the tale of a lovable, dream-hunting giant and Sophie, the little girl who first spots him through the window of the orphanage where she lives. It has continued to delight audiences ever since its release, and was one of Roald's own favourites. In 1989, the story was adapted as an animated TV film.
“The BFG has enchanted families and their children for more than three decades. We are honoured that the Roald Dahl estate has entrusted us with this classic story,” said Spielberg in a statement.
The Roald Dahl Literary Estate said, "We are delighted that Steven Spielberg will bring his inventive genius to directing the story of The BFG and that Roald Dahl's beloved story and characters will be brought to the screen in 2016 - a year when we will be celebrating 100 years since Roald Dahl's birth!"


The film is scheduled to go into production during the first quarter of 2015.