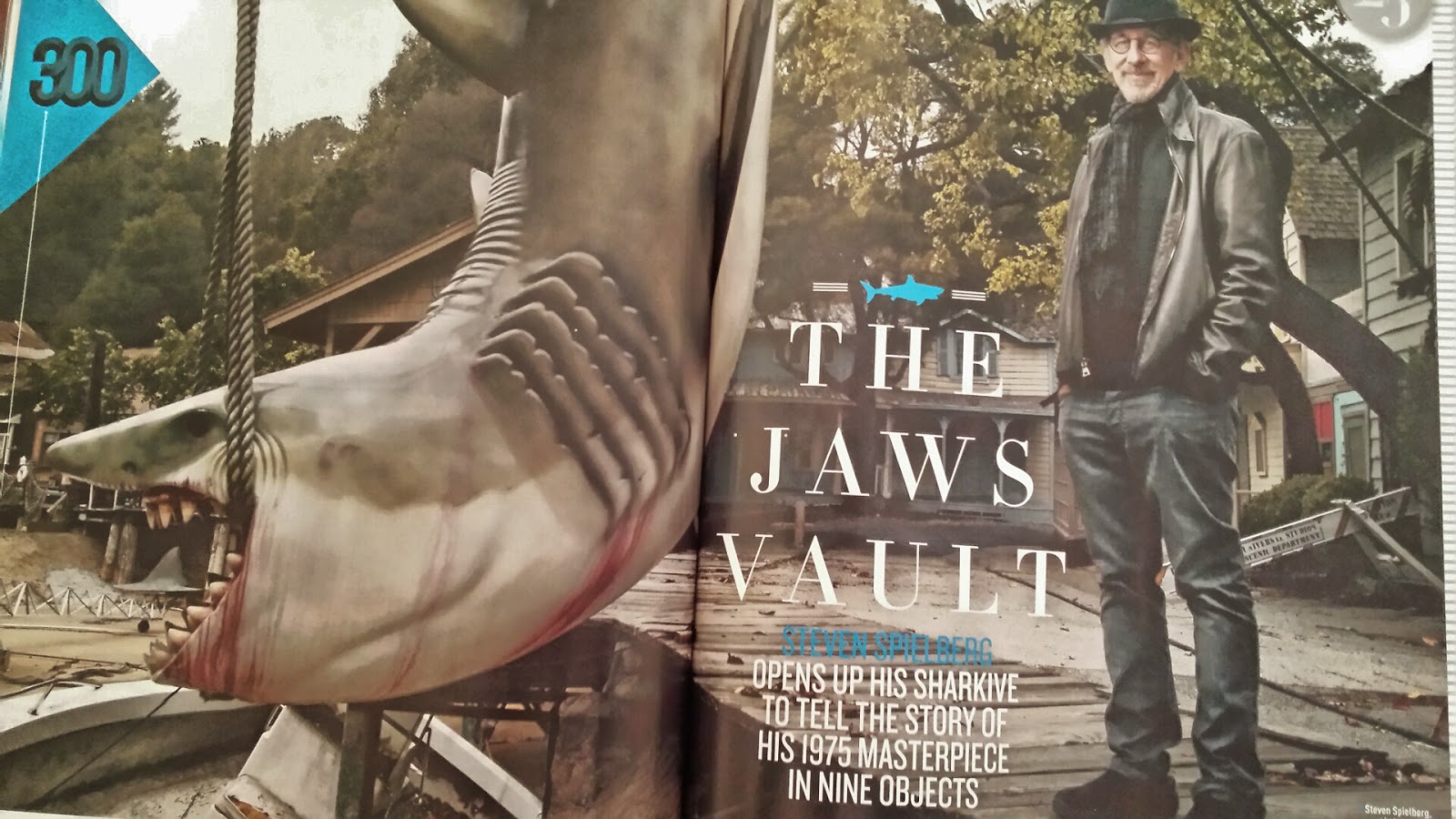 In the latest episode of Empire magazine they celebrate their 300th issue.  Various well known directors contribute to this months superb movie magazine including Steven Spielberg.  In his article the director opens up his "sharkive" to focus on nine objects that help tell his experience of filming his masterpiece, Jaws.

Some of the items range from an original shooting script of Spielberg's to a tooth from "Bruce."  For each object Spielberg gives us a little story of his time on set or why that item was chosen for shooting. 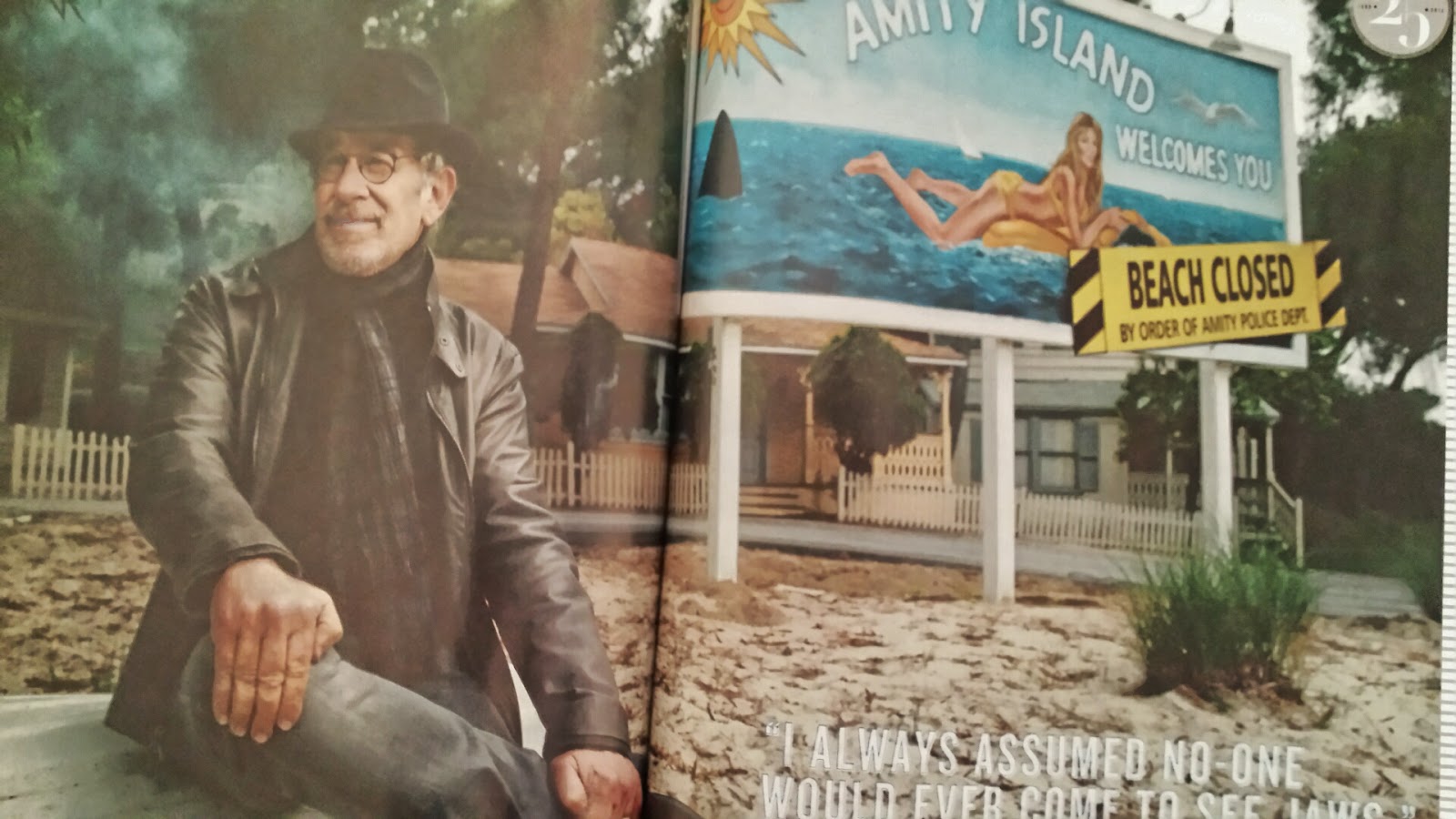 One of the items in the article is Orca's anchor and the story that goes with it is Spielberg's memory of using the boat that was sitting in the Universal lot after the film had been shot for his "go to" place for anxiety attacks.  Yes really!  Spielberg would periodically come and sit in the boat and not remember the good times filming Jaws but the bad times and how that week could be his last week as a director. 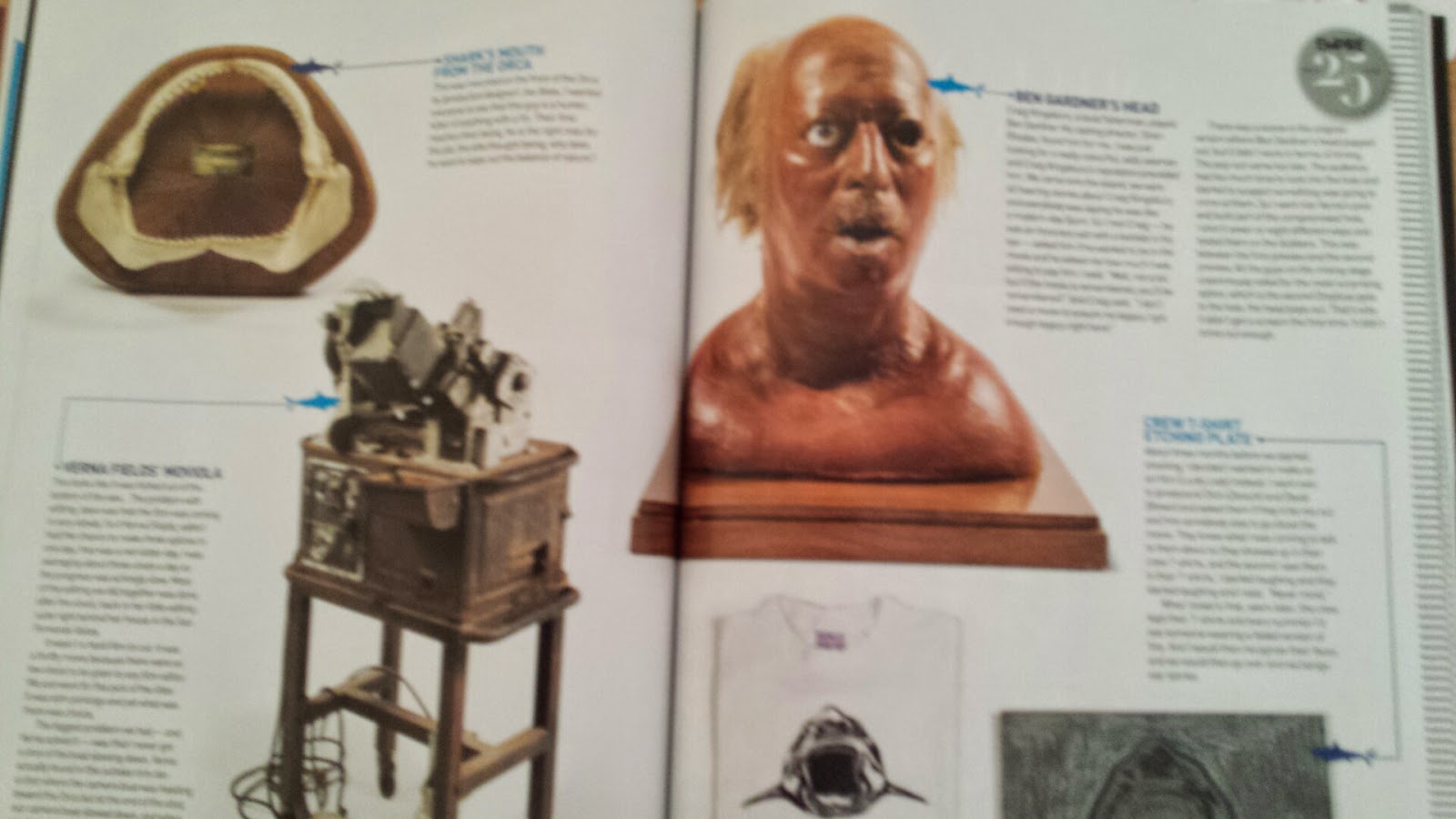 One day when he was hoping for another flashback on board the Orca, he realised the boat had gone!  Someone had taken it upon themselves to chop the boat up as it was full of rot and mildew.  He saw little bits of wood floating on the water.  Spielberg was furious at first but soon realised it was probably for the best.  It stopped him from going there and torturing himself.

All he was left with was the propellor, steering wheel and the anchor.

It's an interesting read and is on sale now.  Click here for more info