The Philly POPS Will Present "The Magical Music of John Williams" 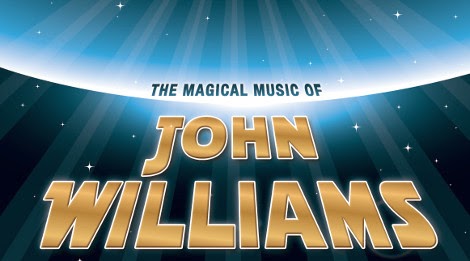 The Philly POPS will be presenting “The Magical Music of John Williams” on the weekend of April 4-6.  The concert, led by Maestro Michael Krajewski, will feature selections from Star Wars, Raiders of the Lost Ark, Harry Potter, Jurassic Park, and Schindler’s List - just to name a few.  The POPS Festival Chorus will also sing selections from Williams’ music.

Special guests will include members of the 501st Legion, Garrison Carida, appearing in character as Darth Vader, Chewbacca, R2-D2, C-3PO, and Storm Troopers.

The concerts will be held in the Verizon Hall at The Kimmel Center of the Performing Arts in Philadelphia.  Showtimes are on Friday, April 4th at 8 p.m., and Saturday and Sunday - April 4th and 5th - at 3 p.m.