The Music of John Williams Features in 'Dancing with the Stars' 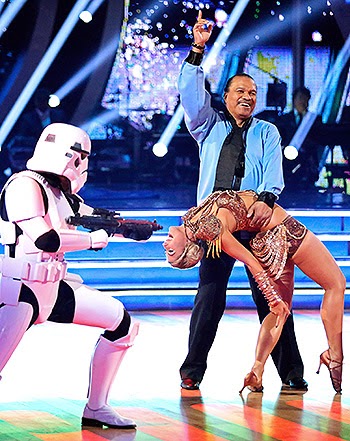 The music of John Williams (albeit a disco version) was featured in the latest episode of Dancing with the Stars. Billy Dee Williams - known to Star Wars fans a Lando Calrissian from The Empire Strikes Back and Return of the Jedi - is a contestant on the dance competition show this season. Williams and his dance partner, Emma Slater, danced the cha-cha to Meco’s "Star Wars Theme/Cantina Band” single from 1977.

Billy Dee Williams is 77 years old, has arthritis in his back, and he’s had two hip replacements. While the judges were a bit critical of his performance, he certainly deserves a world of credit for participating in the show.

You can watch his segment right here: