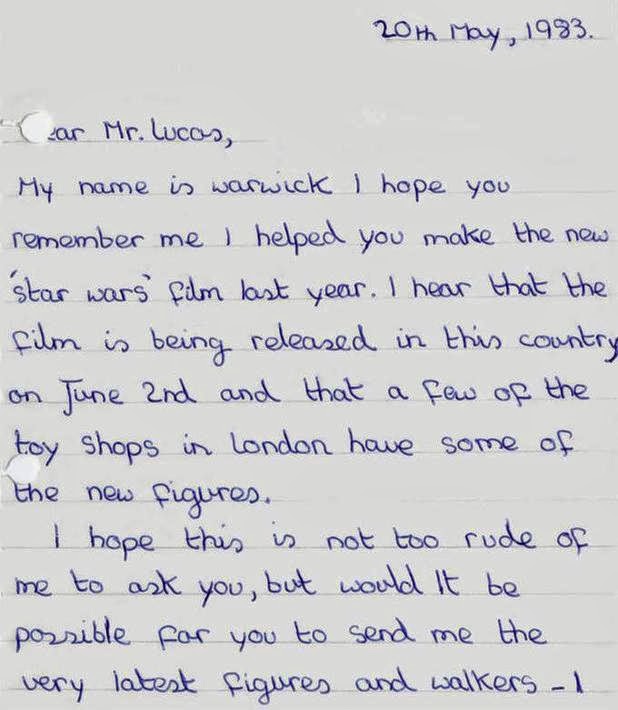 Return of the Jedi star, Warwick Davis wrote to George Lucas when he was 13 asking the director for Star Wars toys.

Davis played Wicket the Ewok in Lucas's in 1983 film Star Wars Episode VI: Return of the Jedi.
He wrote in the letter, posted on Reddit and dated May 20, 1983: "Dear Mr. Lucas, My name is Warwick. I hope you remember me, I helped you make the new Star Wars film last year.
"I hear that the film is being released in this country on June 2nd and that a few of the toy shops in London have some of the new figures."

I remember writing to Kenner thanking them for their range of Star Wars figure when I was about 10.  I even included Han's gun from my collection.  I didn't get a reply.  Off to cry now.