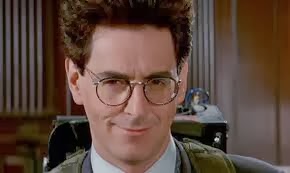 Actor, director and writer Harold Ramis has sadly died at the age of 69. He was best known for his potrayal as one of the Ghostbusters, Egon Spengler but was also the writer for the movie and its sequel.

Ramis acknowledged that the film was his most memorable work but took pride in its longevity.
"People love Ghostbusters in a really big way," he said in 2009. "Parents loved it for their kids. Teachers loved it.
"We got mail from teachers who said they loved that kids were playing Ghostbusters at recess because it was a non-violent game that didn't divide the kids into good guys and bad guys and the games were very co-operative. It's really had some power."


His other credits included the excellent Caddyshack and Analyze This

He died of autoimmune inflammatory vasculitis, a rare disease that involves swelling of the blood vessels, his agent told the BBC.