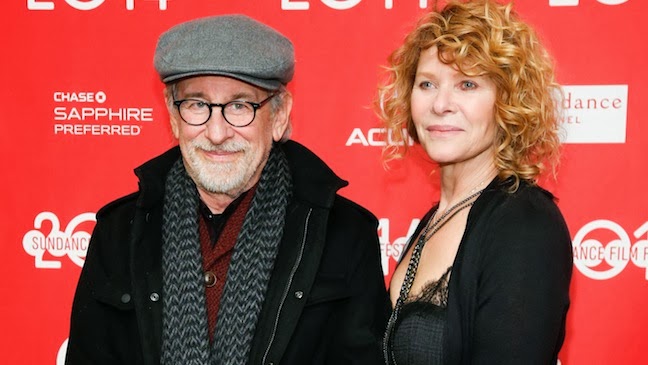 Steven Spielberg attended a movie premier on Saturday night and the movie was a small independent movie called Young Ones, a film about a family trying to survive in a future where water has run out.


The famous director made the trek to Park City to support his godson, Jake Paltrow, who helmed the drama starring Michael Shannon, Elle Fanning, Nicholas Hoult and Kodi Smit-McPhee.