Back to the Future musical announced 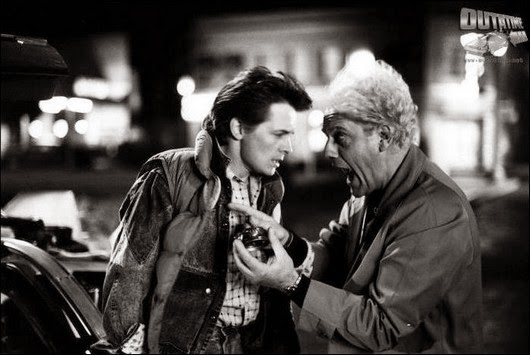 A stage musical of the cult 80's time travelling movie, Back to the Future is set to debut in London's West End in 2015.

Robert Zemeckis, who co-wrote and directed the 1985 Michael J Fox film, will reunite with co-writer Bob Gale to pen the book for the stage adaptation.

According to Gale, the musical will be "true to the spirit of the film without being a slavish remake".  We intend to use music from the movie along with brand new songs to make a version of Back to the Future that is fresh, entertaining and takes advantage of all the amazing things that can now be done on stage.  We can't think of a better way to celebrate the 30th anniversary of the film."

Composer Alan Silvestri - who scored many of Zemeckis's films, including Romancing the Stone, Forrest Gump and Cast Away - will co-author the music and lyrics for the show with songwriter Glen Ballard.

Britain's Jamie Lloyd - who directed James McAvoy last year in a sell-out production of Macbeth at London's Trafalgar Studios - will direct the production.

The 33-year-old's other credits include a Broadway production of Cyrano de Bergerac, The Duchess of Malfi at the Old Vic and She Stoops to Conquer at the National Theatre.