OFFICIAL - December It Is For Star Wars VII 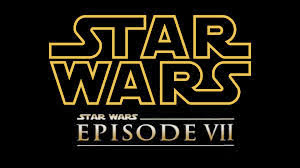 Lucasfilm has just announced what we've been suspecting for some time.  Star Wars VII has been pushed back from a May 2015 release to December 18th 2015.  This news comes after it was revealed a few weeks back that Michael Arndt was no longer associated with the script for Star Wars VII.  The new writing team being J.J. Abrams himself and Lawrence Kasdan.  Maybe this change was the catalyst for moving the release date back and slightly releasing some pressure for the writing staff and crew.


With pre-production in full-swing, a confirmed release date of December 18, 2015, has been set for Lucasfilm's highly anticipatedStar Wars: Episode VII.

"We're very excited to share the official 2015 release date for Star Wars: Episode VII, where it will not only anchor the popular holiday filmgoing season but also ensure our extraordinary filmmaking team has the time needed to deliver a sensational picture," said Alan Horn, chairman of The Walt Disney Studios.

Shooting is scheduled to begin spring 2014 at Pinewood Studios.