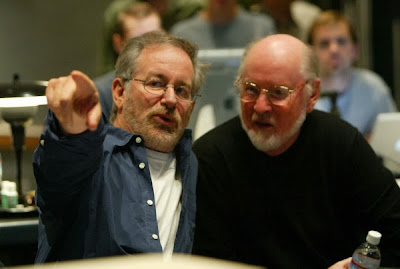 Here's some good news.  John Williams has said he is likely to be working until he's 100.  You won't get any complaints here.  Inquirer have reported the news and in the article the composer has also said he  "is raring to work on Steven Spielberg’s “Indiana Jones 5.”

In the interview he also speaks of his relationship with Steven Spielberg:

“I have a little theory about Steven Spielberg, whose father, Arnold, is a most wonderful man,” said the Boston Pops’ Laureate Conductor. “Arnold is well into his 90s. He was always working. I think every man and woman thinks, if your father was working at 90, that’s also what you will do. So, I think Steven expects to be directing 25 years from now—and he fully expects me to be with him. I will be over 100 years old then, so I will do my best.”

He also mentions what his favourite work is:

“I always remember certain passages in ‘Close Encounters…’ that I particularly enjoy playing with orchestras, away from film, so that may be indicative of something.”