Steven Spielberg and others to celebrate Cinerama Dome's 50th Tonight 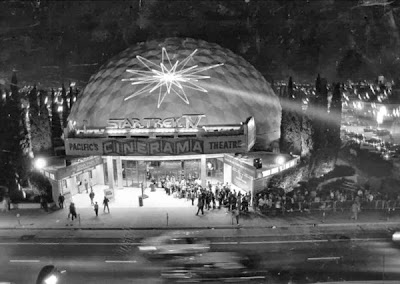 Celebrating its 50th anniversary tonight is the impressive Cinerama Dome theatre.  What a way to celebrate too by having Raiders of the Lost Ark showing but not only that have the director of the movie, Steven Spielberg taking questions from the lucky audience.

Still regarded as one of the finest theaters in Los Angeles, the Cinerama Dome will celebrate its 50th anniversary with an upcoming series of screenings and events. Designed by Welton Becket and Associates and completed in 1963, the structure was the world's first all-concrete geodesic dome, made from 316 interlocking panels. The theater itself features a screen 32 feet high and 86 feet wide.

The anniversary series opens on Tuesday with a screening of "Raiders of the Lost Ark" with a Q&A before the movie with its director, Steven Spielberg.

"It's A Mad, Mad, Mad, Mad World" was the very first film screened in the Dome and ran for over 66 weeks. Stars Mickey Rooney, Marvin Kaplan and Barrie Chase are scheduled to attend.