By welshslider October 20, 2013
This week on our quick fire questions we have actor Christian McKay.  Christian has been in so much over the years including Tinker Tailor Soldier Spy, Poirot, Borgia and recently, Ron Howard's Rush.  Now he's set to star in another movie called Creditors.

"Creditors" is the story of a love triangle, which finds itself unraveled when an American painter, Freddie Lynch, whose career and marriage are in decline is approached by an admirer, Grant Pierce, in a secluded hotel on an island in England and eased into making sense of his troubled relationship with his wife, writer Chloe Fleury.

Lets get the quick fire questions under way.

You're stuck in a swamp on Dagobah.  What one movie, TV show, album and book would you take? 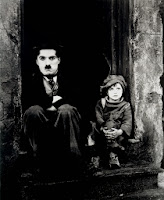 I'd use my Alec Guinness impression to get me out of the swamp.  Movie: The Kid, Chaplin  TV show: Coronation Street  Album: Albeniz's Iberia, played by Alicia de Larrocha  Book: The Complete Churchill biography, by Randolph Churchill and Martin Gilbert

If you could invite any three people (alive or not, fictitious or not) to a dinner party, who would they be?
My Great-Grandfather, King Charles the First, and Arthur Rubinstein


What is your favourite John Williams soundtrack?
Schindler's List

If you were invisible for a day what would be the first thing you would do?
Visit Eva Green.

When was the last time you cried?
This morning. I heard a rabbit being killed by a fox or a weasel. It was in any case a woodland tragedy.

What is your biggest fear?
That I will die without fulfilling my potential.

What was the most embarrassing moment of your life?
Not recognising an ex-lover.

Excluding search engines, what three website would you choose if no other websites were available?
The Folio Society, eBay, YouTube

Do you have any guilty pleasures?
Too many to mention unfortunately.

What are you looking forward to the most in the next six months?
Spring.

What is your most treasured possession?
A letter of advice my Grandfather gave me when I was 10.

What is your biggest regret?
So much wasted time.

What are you most proud of?
My son, Max

What is your favourite Spielberg movie?
Jaws

Where can people keep in touch or follow you?
We’re running a Kickstarter campaign until November 17th for our adaption of Strindberg’s play Creditors.

Thanks Christian for answering our questions.  The Bearded Trio will be keeping the link to the Kickstarter campaign on our main page.  Next week we have actress Andrea Deck