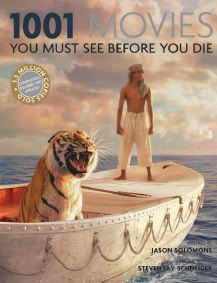 With only eight weeks until Christmas, we thought we would start giving you some gift ideas to make that Christmas shop a little easier.

First up we have the perfect gift for any serious movie goer.  1001 Movies You Must See Before You Die is a must for anyone who loves their movies.  Starting from 1903 with The Great Train Robbery, the book takes you through 100 years of cinema history picking out the creme de la creme.  Boasting a checklist at the beginning of the book so you can mark off all the movies you've
seen.  I challenge anyone who can claim to have seen everyone.

Spielberg and Lucas are well represented in the book.  George Lucas can claim two entries (as director) with Star Wars and the other for American Graffiti although some of his other movies that he didn't direct are also mentioned in the book.

Spielberg has nine entries as director with Jaws, Close Encounters, Raiders of the Lost Ark, E.T. The Extra Terrestrial, The Color Purple, Schindler's List, Jurassic Park, Saving Private Ryan and updated for 2013, Spielberg gets another entry with Lincoln.  In fact the back cover of the 960 page book has Daniel Day Lewis as the American president. 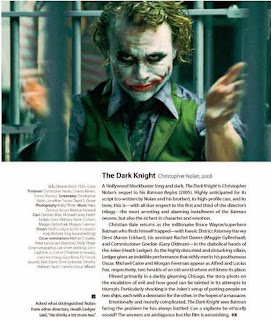 The book exudes quality and you can easily see why the book continues to sell year after year.  Since 2003 the book has sold 1.5 million copies.  With the latest edition now out, it has been updated and includes recent movies such as Argo and Django.

Packed with vital statistics, and a few facts that might surprise you, this is a collector’s must for the bookshelf as well as an entertaining read for all those who love the world of film. Whether your passion lies with The Blue Angel or Blue Velvet, from the films you shouldn’t have missed the first time around, to the films you can see again and again, 1001 Movies You Must See Before You Die is the definitive guide for all movie lovers.

I have a confession to make.  When I first received this publication I wondered why we needed such a book with the likes of the Internet and in particular IMDB.  What I realised is that there is nothing better than browsing through a book.  You tend to stop and look at movies you normally wouldn't have clicked on if browsing the Internet.  It really is a great book to have on your coffee table and you can easily pick up and browse at anytime.  It comes in handy when trying to decide what movie to watch next on Netflix.