HANS ZIMMER 'NOT ASKED TO DO SUPERMAN VS BATMAN'

He said: "Honestly, I'm just sort of grappling with that right now. 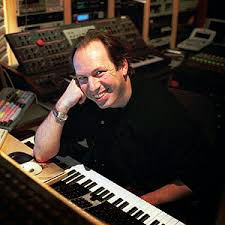 "Quite seriously, the thought right now is that no, I don't want to go and take what I did with [Christopher Nolan] and just plonk it into another movie. There isn't one good reason to do it, and there are so many good reasons not to do it."

"I really enjoyed working with Zack Snyder, so part of it would be a personal decision. At the same time, I wouldn't want to put the ideas I used in the Chris Nolan Batman movies into a Superman movie. It just wouldn't feel right.

"If I have an idea, I can do something with that, but if I don't have an idea, then my good idea is going to be, 'Get somebody else'."