Enhanced ebooks of J.W. Rinzler's Making of Star Wars books are out today. 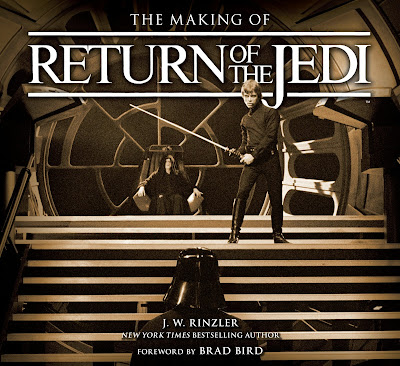 Out today are the enhanced ebook versions of J.W. Rinzler's Making Of Star Wars books.  How can perfection be improved I hear you ask?  Well the ebook versions come with 30 minutes of rare video footage, approx 20 minutes of audio interviews and additional artwork.  So if you have an Ipad, Kindle Fire, Nook HD or a Google Play book reader enabled device then you are in for a treat.

Each enhanced eBook will include all the text and art from the print editions plus bonus multimedia content featuring around 30 minutes of rare behind the scenes video, around 15-20 minutes of rare audio interviews, and additional art work and photos. The enhanced eBooks will be compatible with iPads (and iPad Minis), the Amazon Kindle app for Apple devices, Kindle Fire devices, Nook HD and Tablets, and the Google Play Books Reader for Android and Nexus devices. We also have to add this note whenever talking about the availability on platforms: Functionality of the audio/video content is subject to your eBook device. Check the store listing on your favorite eBook retailer site to find out whether your device is capable of playing audio and video elements.

There's more on these most impressive eBooks over at StarWars.com 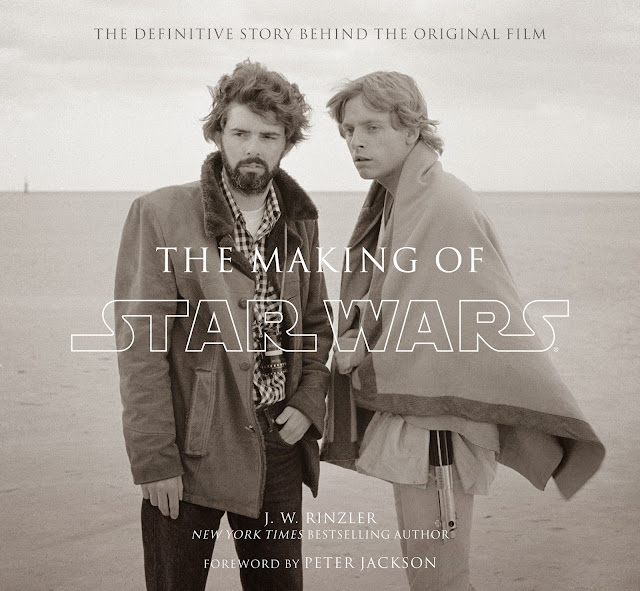 This enhanced eBook transforms The Making of Star Wars into an immersive multimedia experience worthy of the original film, featuring bonus content such as never-before-seen photos and behind-the scenes video.*

After the 1973 success of American Graffiti, filmmaker George Lucas made the fateful decision to pursue a longtime dream project: a space fantasy movie unlike any ever produced. Lucas envisioned a swashbuckling SF saga inspired by the Flash Gordon serials, classic American westerns, the epic cinema of Japanese auteur Akira Kurosawa, and mythological heroes. Its original title: The Star Wars. The rest is history, and how it was made is a story as entertaining and exciting as the movie that has enthralled millions for more than thirty years—a story that has never been told as it was meant to be. Until now.

Using his unprecedented access to the Lucasfilm Archives and its trove of “lost” interviews, photos, production notes, factoids, and anecdotes, Star Wars scholar J. W. Rinzler hurtles readers back in time for a one-of-a-kind behind-the-scenes look at the nearly decade-long quest of George Lucas and his key collaborators to make the “little” movie that became a phenomenon. It’s all here:

• the evolution of the now-classic story and characters—including “Annikin Starkiller” and “a huge green-skinned monster with no nose and large gills” named Han Solo
• excerpts from George Lucas’s numerous, ever-morphing script drafts
• the birth of Industrial Light & Magic, the special-effects company that revolutionized Hollywood filmmaking
• the studio-hopping and budget battles that nearly scuttled the entire project
• the director’s early casting saga, which might have led to a film spoken mostly in Japanese—including the intensive auditions that won the cast members their roles and made them legends
• the grueling, nearly catastrophic location shoot in Tunisia and the subsequent breakneck dash at Elstree Studios in London
• the who’s who of young film rebels who pitched in to help—including Francis Ford Coppola, Steven Spielberg, and Brian DePalma

But perhaps most exciting, and rarest of all, are the interviews conducted before and during production and immediately after the release of Star Wars—in which George Lucas, Mark Hamill, Harrison Ford, Carrie Fisher, Sir Alec Guinness, Anthony Daniels, composer John Williams, effects masters Dennis Muren, Richard Edlund, and John Dykstra, Phil Tippett, Rick Baker, legendary production designer John Barry, and a host of others share their fascinating tales from the trenches and candid opinions of the film that would ultimately change their lives.

No matter how you view the spectrum of this phenomenon, The Making of Star Wars stands as a crucial document—rich in fascination and revelation—of a genuine cinematic and cultural touchstone.

THE MAKING OF STAR WARS: THE EMPIRE STRIKES BACK (Enhanced Edition)
by J.W. Rinzler
Foreword by Ridley Scott
Del Rey/LucasBooks 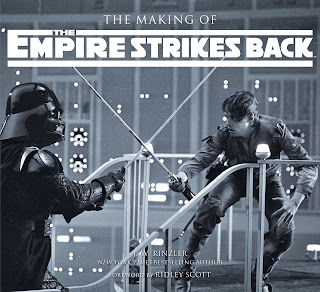 This enhanced eBook transforms The Making of Star Wars: The Empire Strikes Back into an immersive multimedia experience worthy of the beloved film, featuring bonus content such as never-before-seen photos and behind-the scenes video.*

In this lavish thirtieth-anniversary tribute to the blockbuster film Star Wars: Episode V The Empire Strikes Back, New York Times bestselling author J. W. Rinzler draws back the curtain to reveal the intense drama and magnificent wizardry behind the hit movie—arguably the fan favorite of the Star Wars Saga.

Following his The Making of Star Wars, the author has once again made use of his unlimited access to the Lucasfilm Archives and its hidden treasures of interviews, photos, artwork, and production mementos. The result is a comprehensive behind-the-scenes, up-close-and-personal look at the trials and triumphs, risks and close calls, inspiration, perspiration, and imagination that went into every facet of this cinematic masterpiece. Here’s the inside scoop on:

• the evolution of the script, from story conference and treatment to fifth draft, as conceived, written, and rewritten by George Lucas, famed science-fiction author Leigh Brackett, and screenwriter Lawrence Kasdan
• the development of new key characters, including roguish hero Lando Calrissian, sinister bounty hunter Boba Fett, and iconic Jedi Master Yoda
• the challenges of shooting the epic ice planet battle in the frozen reaches of Norway and of conjuring up convincing creatures and craft—from tauntauns and snowspeeders to Imperial walkers
• the construction of a life-sized Millennium Falcon and the swamp planet Dagobah inside a specially built soundstage in Elstree Studios
• the technique behind master Muppeteer Frank Oz’s breathing life into the breakthrough character Yoda
• the creation of the new, improved Industrial Light & Magic visual effects facility and the founding of the now-legendary Skywalker Ranch

The Making of Star Wars: The Empire Strikes Back is a fittingly glorious celebration of an undisputed space-fantasy movie milestone. Search your feelings, you know it to be true.

THE MAKING OF STAR WARS: RETURN OF THE JEDI (Enhanced Edition)
by J.W. Rinzler
Foreword by Brad Bird
Del Rey/LucasBooks
$17.99
On sale October, 2013

This enhanced eBook transforms The Making of Star Wars: Return of the Jedi into an immersive multimedia experience worthy of the legendary film, featuring bonus content such as never-before-seen photos and behind-the scenes video.*

Once again, the author’s unprecedented access to the formidable Lucasfilm Archives has yielded a mother lode of extremely informative, vastly entertaining, and often unexpected stories, anecdotes, recollections, and revelations straight from the closely guarded set of a big-screen blockbuster in the making. Brimming with previously unpublished photos, production artwork, script excerpts, exclusive intel, vintage on-set interviews, and present-day commentary, The Making of Star Wars: Return of the Jedi chronicles “how George Lucas and his crew of extroverted artists, misfits, and expert craftspeople roused themselves to great heights for a third time” to create the next unforgettable chapter in one of the most beloved sagas of all time. Get up close to the action and feel like a studio insider as

• creator George Lucas, Oscar-nominated screenwriter Lawrence Kasdan, and director Richard Marquand huddle in a script conference to debate the destinies of iconic Star Wars characters, as well as plot twists and turns for the epic final showdown between the Rebel Alliance and the Empire
• artists and craftspeople at the groundbreaking Industrial Light & Magic facility top their own revolutionary innovations—despite the infamous Black Friday—with boundary-pushing new analog visual effects
• a crack team of sculptors, puppeteers, actors, and “monster-makers” bring Jabba the Hutt and his cohorts to startling, slobbering life from the inside out
• a who’s who of heavyweight directors—from such films as Superman, Gremlins, Halloween, Dune, Scanners, and Time Bandits—are considered for the coveted job of bringing a new Star Wars adventure to the silver screen
• actors and crew race to the finish line at Elstree Studios, in a fiery desert, and beneath the trees of a dense redwood forest—before money runs out—to answer the questions that audiences had waited three years to find out: Is Darth Vader really Luke’s father, who is the “other”—and who or what is the Emperor?