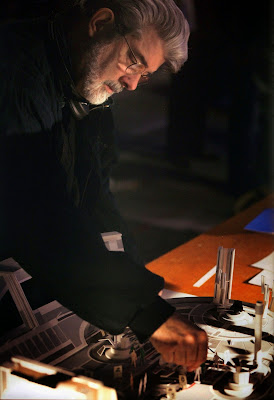 We are roughly 18 months away before we get to see the first of the new Star Wars trilogy hit the big screen.  With the lack of official news on Star Wars VII coming our way I thought it would be interesting to compare what we knew at around the same time in October 1997 on Episode One, roughly 18 months before its release.

My source comes from the official Star Wars magazine from February 1997 to November 1997.

As with 2013 the rumours in 1997 on the upcoming Star Wars movie were ridiculous and mostly made up.  Some of the rumours that were doing the rounds at the time were


Lets take a look at what we did and didn't know about Episode One 18 months before the release of Episode One.

So there we have it.  18 months before Episode One was out in the cinemas we already knew the cast, the name of some of the characters and filming was well under way.  Shoot forward to 2013 and we don't know any of the cast members, characters and shooting has yet to begin.  Disney, Lucasfilm and J.J. Abrams have a busy year ahead.  It does highlight the lack of official news we know on Episode VII compared to Episode One and J.J. Abrams track record of keeping secrets on the movies he works on seems to be maintained.