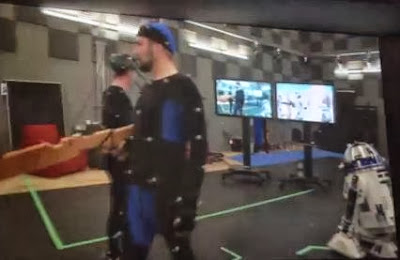 "Lucasfilm is currently prototyping the combining of video game engines with film-making to eliminate the post-production process in movies. 'Speaking at the Technology Strategy Board event at BAFTA in London this week, the company's chief technology strategy officer, Kim Libreri, announced that the developments in computer graphics have meant Lucasfilm has been able to transfer its techniques to film-making, shifting video game assets into movie production. Real-time motion capture and the graphics of video game engines, Libreri claimed, will increasingly be used in movie creation, allowing post-production effects to be overlayed in real time. "We think that computer graphics are going to be so realistic in real time computer graphics that, over the next decade, we'll start to be able to take the post out of post-production; where you'll leave a movie set and the shot is pretty much complete," Libreri said.'"

Check out the concept video below.