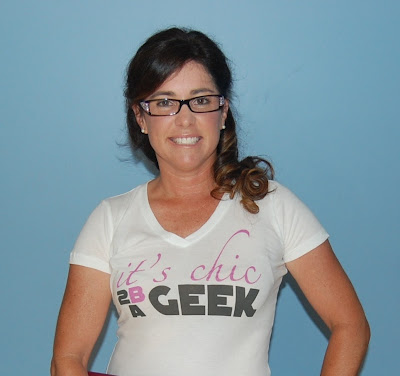 This week on our quick fire questions we are very lucky to feature as our guest Tricia Barr.  Tricia regularly contributes to Star Wars Insider and lately wrote an insightful article about Padme which made the cover of the magazine.  Tricia also writes for DelRey's Suvudo blog as well as her own blog.  But that's not all.  She also contributes to Her Universe's Year of the Fangirl and recently finished her novel, Wynde.

Wow!  With her being so busy we feel very fortunate that Tricia gave her valuable time to answer our questions.  So here we go.

You're stuck in a swamp on Dagobah. What one movie, TV show, album and book would you take?
The Star Wars Original Trilogy. Yoda, Obi-Wan’s Force ghost, and I could ponder the meta of my answer over gruel. Can you watch Star Wars in Star Wars?

If you could invite any three people (alive or not, fictitious or not) to a dinner party, who would they be?
I’m going with a mix of power ladies – Kathleen Kennedy, Hilary Clinton, and Scarlett O’Hara.
Kathleen Kennedy is positioned to redefine storytelling through movies, television, books, comics, games, and even amusement parks. My guess is that Lucasfilm is going to boldly chart new territory in their stories, as well. Entertainment is a powerful medium, and she earned success and admiration within a culture that is considered a boys’ club. It would be nice to pick her brain on Star Wars, but really I’d like to know what she sees for the future of entertainment and how she balances having children, a husband, and a career. Over the years Hilary Clinton has earned my respect. I haven’t always agreed with her politics or understood some of her life choices, but I get the impression she isn’t worried about whether people agree with her. She’s all about getting things done and making the world a better place for everyone. I respect that. My one fictional guest, Scarlett O’Hara, fascinates me. She gets results in a world that is truly stacked against her. Her story unfolds in the antebellum South in an era that is rife with turmoil and marked a significant cultural shift towards equality for everyone. She confronted adversity on her own terms. She isn’t a hero or a role model, but that didn’t stop her from being a captivating character. No doubt, the conversation would be opinionated and lively.

What is your favourite John Williams soundtrack?
Revenge of the Sith. It’s brutal and raw and ties into A New Hope perfectly. The track “Padmé’s Ruminations” is enchanting; it tells a whole story in and of itself.

If you were invisible for a day what would be the first thing you would do?
Sneak into Pinewood Studios come early 2014. I’ve heard the craft services are delicious.
Then when Episode VII hits the screen I can shout at my friends, “See me! Look, I’m the invisible person in this scene!” as a banana floats across the back corner of the set. Ten years later I might be signing at cons as the Invisible Woman of Star Wars. At the very least, I will be signing books written about my adventure.

I love this answer - Rob, TBT.

When was the last time you cried?
I finished my novel Wynde recently. My father had been reading the manuscript and begging me for the end. It’s a father-daughter story, and when my dad sent a heartfelt glowing email after he read the ending I cried. I know dads don’t count when it comes to assessing story quality, but at the moment it didn’t matter.

What is your biggest fear?
To write something and put it out for people to read. That may seem counterintuitive considering I’m a blogger and write pieces for Star Wars Insider and my own fiction. Essentially I conquer my

fears every day. Pushing the publish button or sending an email with an article or my manuscript is terrifying. It can take a lot of practice runs. I’ve even had friends text or call just to tell me to “push send!”

What was the most embarrassing moment of your life?
I have two; both lessons learned. I show horses, and they have this amazing ability to remind you about humility. I had the chance to compete on a superstar horse, so I had some friends come to watch. Essentially, I was showing off. On the last fence of the course, my fancy horse dumped me right into the jump. My takeaway: the distance between being on top of the world and smashed into the ground isn’t that far. The second embarrassing moment was my last performance as a Duke University Dancing Devil. I was team captain, and I had choreographed the routine. We were performing in front of the Cameron Crazies. On the opening move I went up when I was supposed to go down. The whole rest of the team was doing the opposite of what I was. As captain I always told the team, if you act like you know what you’re doing no one will know that you’re doing it wrong. Despite being mortified I just kept on going. One person came up after the performance and said, “Wow, that solo you did was so awesome!” So I learned to always act like you meant to do whatever you did, even if it’s the most embarrassing moment of your life.

Excluding search engines, what three website would you choose if no other websites were available?
StarWars.com and ClubJade.net for obvious reasons, then Twitter. I get more reliable real world news from Twitter than the television networks.

Do you have any guilty pleasures?
The ones I can talk about: fan fiction, brownie sundaes, and Willy Wonka’s Fun Dips.

What are you looking forward to the most in the next six months? 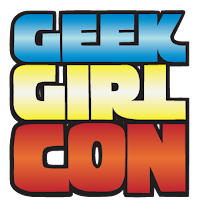 New York Comic-Con and GeekGirlCon. I have been to San Diego Comic-Con but NYCC will be a new experience. I’ve only been to New York City once before. Last year at GeekGirlCon, I presented a panel on female characters in Star Wars and it was standing room only. Ashley Eckstein (Ahsoka Tano on The Clone Wars) was a panelist. I’m excited to be doing another Star Wars panel there this October. GeekGirlCon is run by the nicest group of women, and they do a great job of getting coverage for a small convention. It’s just a wonderful experience. Beyond that, I’ve come to learn over the past few years that geek life is what a fangirl makes of it. So I will hold on for the ride and see where it takes me…

What is your most treasured possession?
My new Jaina Solo shirt from Her Universe and my horse Ganner top the list.

What is your biggest regret?
Almost every day I regret not being a bigger advocate for myself. I tend to worry about what people will think, if I’m bothering them or that they’ll say “No.”

What are you most proud of?
The most memorable moments: placing top ten in the national finals for adult amateur riders in my first time at the event on a horse I had never shown before, seeing my article on Padmé in print in Star Wars Insider #142 with Padmé on the cover of the issue, and finishing my manuscript.

What is your favourite Spielberg movie?
Indiana Jones and the Last Crusade

Where can people keep in touch or follow you?
I created a blog FANgirl, where I discuss Star Wars, fandom, and female characters in particular.
I also write about Star Wars for Random House’s science fiction and fantasy blog Suvudu.com and Star Wars Insider magazine and serve as a contributor for Her Universe’s Year of the Fangirl. As mentioned earlier, I recently finished my novel, Wynde – a military science fiction with a fantastical twist. I share my adventures in writing at TriciaBarr.com. I update my happenings daily on @FANgirlcantina on Twitter and FANgirl Zone on Facebook. I’m also learning how to Tumblr.


Thank you Tricia for answering our questions.  Make sure to regularly visit Tricia's blog to keep up to date.  I can't wait to read her novel, Wynde.

Next week we have actress Denise Vasquez.