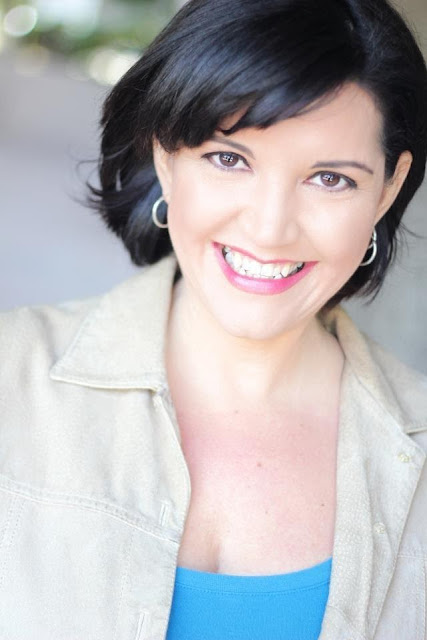 If you go to IMDB and look at everything Denise Vasquez has done it makes you realise how busy (and talented) some people are.  Not only has she had roles in numerous movies and TV shows such as Total Recall, The Office and Iron Man 3, but she is also an active founder of  "Wo+men 4 A Cause".  She is also an poet, award winning singer, songwriter, designer, writer, speaker and producer.  Incredible!

As it says on IMDB, Denise Vasquez was selected as "Worthy Connections" Honoree and featured in "The Direct Buzz Magazine" May 2010 for her outstanding work with "Wo+men 4 A Cause" and the community!

She also works with Daisy Rock Guitars, Audix Microphones, Sakura USA, HK Holbein, AFTRA and ASCAP. Nominated for 5 Mavric Music Awards, Nominated by the LA Music Awards for Vocalist of the year and Album of the year.  Denise Vasquez has also been listed on Music Connection Magazines' HOT 100 List for six Consecutive years, and has been a recipient of the ASCAP PLUS Performing Songwriters Award for 5 years.

You can see why the media call her a "modern day renaissance woman."

The Bearded Trio are really happy she took the time to answer our questions.

You're stuck in a swamp on Dagobah. What one movie, TV show, album and book would you take?
Ooohhh I love questions like this! Lets see…

If you could invite any three people (alive or not, fictitious or not) to a dinner party, who would they be?
The Dalai Lama, John Lennon, Richard Pryor

What is your favourite John Williams soundtrack?
As a musician who sings, plays guitar and writes my own music, I have to say that John Williams is one of the greatest composers of all time!!! I love ALL of his music! It’s really hard having to pick one, but since I do, I would say “ET”.

If you were invisible for a day what would be the first thing you would do?
Ooooohhhhh. Where do I start! LOL! Hmmmmmmm…The first thing I would do is find JJ Abrams and Kathleen Kennedy in a meeting, pretend to be a ghost telling them to hire me as an actress for the Star Wars movies! ;-)

When was the last time you cried?
I cried laughing so hard yesterday while writing comedy with my buddy Debora Giannone!

What is your biggest fear?
My biggest fear is that I die before I accomplish all of my goals!

What was the most embarrassing moment of your life?
Years ago, before I had my current management team (Achieve A Dream) working with me, I was given a script by someone (no need to mention names) and was told that I was being called in for a specific role for a movie audition. I worked on the role, was ready to read for the role I was told to prepare and when I arrived at the audition, everyone in the room was totally confused. They told me I was misinformed and told to prepare the wrong role. Talk about a miscommunication! DOH! I was soooooo embarrassed and annoyed to say the least…BUT I did my work and knew the script so I was able to do a cold reading on the spot for the other role.

Excluding search engines, what three websites would you choose if no other websites were available?
Twitter, Facebook, Vine

I love skinny dipping in the ocean under a full moon (I miss living on St John in the Virgin Islands), I LOVE coffee and I’m addicted to Gummy Bears!

What are you looking forward to the most in the next six months?
Doing something I’ve dreamed of and have been working towards my entire life…Doing Stand-Up Comedy! Just booked my first show at “Flappers Comedy Club” http://www.flapperscomedy.com
Sept 17th in the “LMAO Comedy Show” in the Yoo Hoo Room!

What is your most treasured possession?
Hmmmm…I’m not really big on material things…I would say the Cuatro Guitar my Grandfather Brought for me in Puerto Rico and gave to me as a gift just before he passed away.

What is your biggest regret? I have to say I really don’t have any regrets! Everything I’ve experienced in my life, all the lessons on my journey, has made me the woman I am today! I love my journey! I love my lessons! I love my growth! I love my life! I love who I am, who I’m becoming and I am truly happy! Anyone who has ever met me in person can see it and feel it in my smile! I’ve always worked hard and gone after what I want in life because I don’t ever want to think “should’ve could’ve would’ve” or “what if”. I’m living my life focusing on myself and; my dreams and continue enjoying the ride while working really hard to accomplish them! I’m daring to dream and LIVING them!

What are you most proud of?
I’m proud of myself for staying positive, happy and focused on my dreams through all the hardships I’ve survived my entire life! Abuse, Bullying, Illness, near death experiences, and so much more…I’m a warrior…I’m a survivor…I’m a Woman With A Cause…I’m living my dreams and I’m truly happy!

What is your favourite Spielberg movie?
I Love all of Spielbergs’ movies and hope to work with him someday soon, but my all time favorite is “Close Encounters Of The Third Kind” 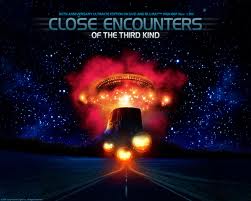 Thank you so much for inviting me to do this interview! I had fun! ;-) - Denise.

Thank you Denise for answering our questions.  Its obvious that some people are brimming with talent and Denise is one of the people.  To be honest I think she would suit the Star Wars universe.  She does seem to be a modern day Jedi.

Next week we have the editor and co producer for Drew The Man Behind The Poster, Greg Boas.