National Geographic Bring Us Angry Birds Star Wars: The Science Behind The Saga 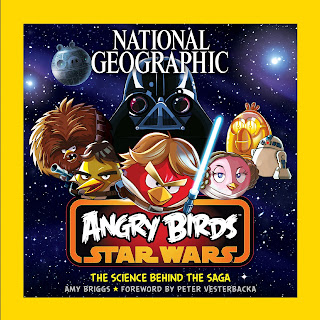 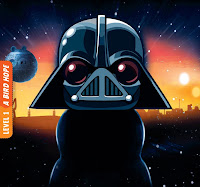 Children love Star Wars. Children love Angry Birds so combining the two was pure genius by Rovio.  Now what happens when you combine a bit of learning with Star Wars Angry Birds.  Sounds like one ingredient too many right?  Wrong!  You end up with this superb book called National Geographic Angry Birds Star Wars:  The Science Behind The Saga.

The book, cleverly written by Amy Briggs is packed with science facts related to the Star Wars saga but is done in such a way that makes every page a must read.  Every page is packed with colours shouting out at you and features everyone's favourite Angry Birds characters like Red Skywalker, Obi-Wan Kaboomi and Lard Vader.

The book is packed with facts and every one of them informative to adults and children.  Did you know that a hologram pixel is called a "hogel?"  No, neither did I.  Another fact explains how the tractor beam that was used to bring the Falcon into the Death Star is not that far-fetched.  Scientist have developed a Tractor Beam that can move microscopic particles along a beam of light and reverse the process so they move up the beam of light.

The book is full of illustrations from Angry Birds Star Wars along with photos of real life technology.  It's amazing how close we are to discovering some of the cool things we see in Star Wars that we only thought was science fiction.  Holograms, Light Sabers and Land Speeders are just around the corner.

This would be an ideal book for a child wanting to know more about science and technology and still have fun along the way.  It's also a great addition to a Star Wars fans collection (like me.)  The book is the official companion to Rovio's Angry Birds Star Wars and is in collaboration with the games studio and Lucasfilm.

The book hits the shelves on September 17th and will also feature content from the new Angry Birds Star Wars II which is allso out in September.  Pre-order your copy now.