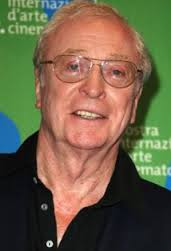 Yesterday we posted a story that several newspapers were reporting that Michael Caine was concerned over the health of Sean Connery.  Well the good news is this seems to be complete rubbish.

Sir Michael Caine has responded to this story which the Daily Mirror posted saying, “It’s all bulls****"

“I did some interviews over in Germany for a new film and I can only assume someone has twisted my words or got the wrong end of the stick.

“I haven’t seen Sean for a couple of years, but my wife and I spoke to him on the phone on his birthday this week and he was very well.

“He was fine, in complete control of his senses and his usual self.

“This stuff about Alzheimer’s is just nonsense. I have no idea where they are getting it from.”

“Articles also say Sean lives in Spain which you, of course, know not to be true. “Honestly, I don’t want to give this story any credence by responding.”

This is really good news and so happy the story was false.