Falling Skies To Be Turned Into A Video Game 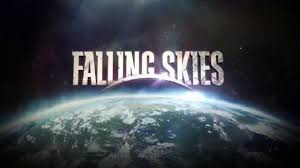 I must admit I am so enjoying Falling Skies at the moment.  Season three is head and tails above the previous seasons and it really looks like the show has found it's feet.  The popularity of the show seems to be going from strength to strength.  Even the TV studio, TNT have already renewed the show for another season.

Today it was also announced that a game will be based on the alien invasion show.  Video game publisher, Little Orbit will team up with TNT to bring us a game for console and mobile devices in 2014.

I know what you're thinking.  Games based on TV shows or a movie have not got a good track record.  Well Little Orbit are determined to break that trend.

“Little Orbit’s mission is to identify high-quality licenses and bring their world to gamers in a truly unique and interactive experience,” said Matt Scott, President of Little Orbit. “We are collaborating closely with the show's own writers to craft the game’s storyline, wholly integrating the Falling Skies universe into a visceral gaming experience.”