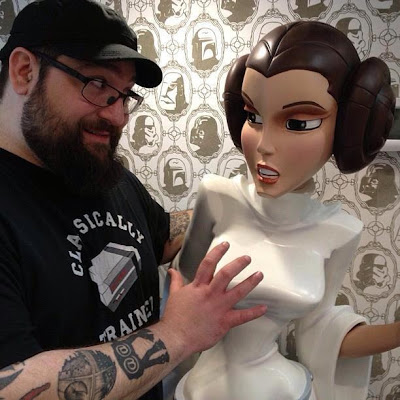 This week on our quick fire questions we are lucky to have Tha Mike Pilot. Mike needs no introduction as he co-hosts one of the best Star Wars podcasts on this planet, Full of Sith. With eight years of podcasting experience under his belt and hosting two other shows (Obviously Oblivious and The Mediocre show its no surprise that Mike's podcasts oozes quality.

There are dozens of designs are stupidly low prices. The good thing is and I can say this from experience, if you don't see a design you like just send Mike and email and before you know it you're design is landing on your door. Cannot recommend

You're stuck in a swamp on Dagobah. What one movie, TV show, album and book would you take?
Of course my movie is going to be Episode V, the Empire Strikes Back. It's my favorite of all time and one I never get tired of watching. The TV show is much harder to answer, do I take classic Simpsons, Sons of Anarchy, Walking Dead, the Sopranos, Breaking Bad? I guess right now, Game of Thrones because so much is going on, I could watch it a few more times anyway. The album would Top Dead Celebrity's Midwestern Rube. Not only is the Salt Lake City based band good friends but I am a huge fan as well. Finally the book would be Christopher Paolini's Inheritance Cycle, Hollywood gave the book Eragon a horrible face but the books are some of the best i've ever read. If all four aren't possible to take, I always have a copy of Bryan Young's Operation Montauk on me.

If you could invite any three people (alive or not, fictitious or not) to a dinner party, who 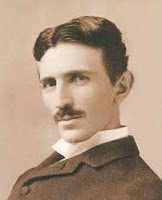 would they be?
Nikola Tesla, Darth Vader and George Lucas. I'd like to have my wife there so if she counts as one of the three, sorry George, she comes first.

If you were invisible for a day what would be the first thing you would do?
I'd love to say something clever or meaningful, but honestly, I'm me and I love messing with people so, I'd follow family members around and make them think there was a poltergeist present.

When was the last time you cried?
Every time I see the Budweiser Brotherhood commercial from this past year's super bowl... Man that kills me.

What is your biggest fear?
Losing my wife or daughter, or not being around for them anymore.

What is your favourite John Williams soundtrack?
Of course I have to say The Empire Strikes Back, so many amazing and important pieces of music on that one.

What was the most embarrassing moment of your life?
Over the 7 plus years of being completely open and honest on all my shows, listeners know there isn't much that embarrasses me. If I really think about it, when I interviewed the great astrophysicist Neil deGrasse Tyson, I was a total fanboy and stammered thru a lot of my questions.

Excluding search engines, what three website would you choose if no other websites were available?
Amazon.com, Facebook.com and MediocreRadioNetwork.com

Do you have any guilty pleasures?
Oh, I have so many that most people would call guilty pleasures, however if someone likes something, they should never feel guilty about it, it's just a pleasure. My friend Jeff Anderson from Top Dead Celebrity said that in an interview on I AM Salt Lake podcast a few weeks back and it really hit home. Some of mine, singing girly songs in the car with my daughter and even when they come up on shuffle when I'm alone. Tearing up at cheesy romantic comedies or commercials, drinking flavorful, tasty alcholic beverages over manly ones like single malt scotch or Canadian whisky.

What are you looking forward to the most in the next six months?
Getting Pacific Rim on Blu-ray and being six months closer to Star Wars Episode VII. 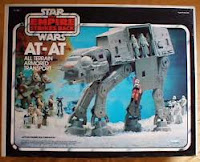 What is your most treasured possession?
I do EVERYTHING on my iPhone, it would be hard to live without it, however last Christmas I found myself an Original AT-AT in fantastic condition to replace my childhood one which was stolen. Every time I'm in my Star Wars room and I look at it, I smile.

What is your biggest regret?
I regret nothing, seriously. Every choice and everything I've ever done, stupid or not has lead me to where I am in my life and who I am. I wouldn't want to change a thing.

What are you most proud of?
In equal parts, being my wife's husband and friend, being my daughters father and friend and those incredible moments when I see my ALL three shows listed in the top 20 iTunes podcasts at the same time.

What is your favourite Spielberg movie?
Indiana Jones and the Last Crusade hands down.

Where can people keep in touch or follow you?
http://www.thamike.com has all my contact information and how to find all my shows.Facebook.com/thamike and @thamike on twitter too.

Thanks Mike for your great answers.

Next week we have Bruce Gray from Steven Spielberg's Falling Skies.