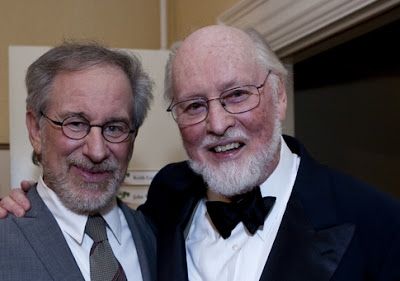 Steven Spielberg will be joining film composer John Williams and the Phoenix Symphony for a benefit concert Saturday, Sept. 28. Spielberg, will show clips from his films with and without their scores to talk about the function of music in the cinema.

Williams and Spielberg are donating their time for the concert, with proceeds going to the symphony’s education and community-outreach programs. The event is one of the first performances of the 2013-14 season, which the symphony is billing as a season of “Big Names and Big Music.”

Jim Ward, president and CEO of the symphony, calls it a “master class in film and score.”

Ward, who joined the symphony in 2011, previously worked as president of LucasArts and senior vice president of Lucasfilm, producer of both the “Star Wars” films and the Spielberg-directed Indiana Jones adventures. It was there that he got to know Williams, the Academy Award-winning composer who scored both of those series and collaborated with Spielberg on such other films as “Jaws,” “Close Encounters of the Third Kind,” “Schindler’s List,” “Saving Private Ryan” and “Lincoln.”