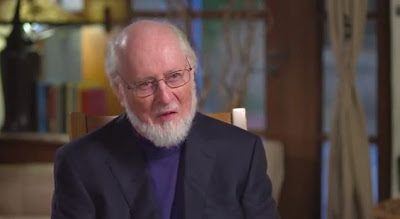 Kennedy, who is serving as producer on the JJ Abrams-directed Episode VII, made the announcement at the Star Wars Celebration event in Essen, Germany.

"I had breakfast with someone very important to the Star Wars family last Friday, and he has committed to working on Episode VII. And that is Mr John Williams," Kennedy said.

"Every time I hear John's music, it just gives me the chills. It's so important to the saga."

John Williams said in a pre-recorded message at Celebration Europe that classic Star Wars themes will be incorporated into Episode VII.  This is going to be the must have soundtrack of the 21st Century.

"Of course I haven't seen the script, the new story is still unknown to me, but I can't imagine that there won't be some references to the existing stories that we know that would necessitate and make appropriate the use of earlier themes," he said.