Samuel L. Jackson Expresses His Interest To Be In Star Wars VII 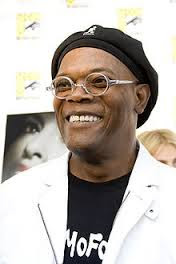 Samuel L. Jackson has expressed his interest to appear in Star Wars VII.  The actor was talking tonight on the Graham Norton Show and said that Jedi's can survive long falls referring to Mace Windu's death in Revenge of the Sith.

Jackson was also joined by Sandra Bullock and Nick Frost. Frost chipped in by saying that Jedi's can use their midichlorians to heal.

Sandra Bullock was handed a purple light saber which she was genuinely excited to hold and although she had to be told not to touch the deadly part of the saber, she seemed to get the hang of wielding the most powerful weapon in the universe rather quickly.