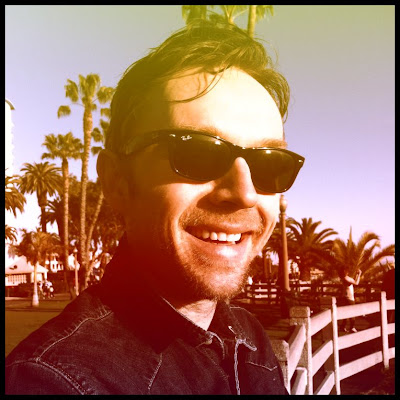 This week we have a very special guest.  Singer and song writer formally of Savage Garden, Darren Hayes. Darren is a huge Star Wars fan, and only a few weeks ago visited Rancho Obi-wan.
Here's an impressive fact about Darren.  Including his work with Savage Garden he has sold 30 millions albums worldwide.  That's crazy!  (Strange thing is, I'm more jealous of him visiting Rancho Obi-Wan.)


You're stuck in a swamp on Dagobah. What one movie, TV show, album and book would you take?

My two favourite movies are 'The Empire Strikes Back' and 'E.T'. Since I'd already be in Yoda's hut chowing down on swampfrog stew I'd probably take 'E.T'. TV would have to be the complete box set of Seinfeld.  The album would be
Michael Jackson's 'Thriller' and book would be 'Ender's Game' by Orson Scott Card.

If you could invite any three people (alive or not, fictitious or not) to a dinner party, who would they be?
Prince, Michael Jackson and Madonna. They were the 3 biggest stars of the 80's and there haven't been bigger pop stars since. The combined competition alone would be sparks galore. Plus, I want to see Prince eat. He seems like the kind of guy who never eats or farts, which of course he must. I would keep him under constant surveillance until he did.

What is your favourite John Williams soundtrack?
John Williams has scored all my favourite movies - 'Superman', 'E.T', 'Star Wars' etc and is a living legend let's face it. But if I had to pick one score I'd have to say his 'Raiders of the Lost Ark' score is a close first only by a shade, just beating 'E.T'. Princess Leia's theme is killer too. Argh! I can't pick one! But Raiders. There you go.

If you were invisible for a day what would be the first thing you would do?

Spy on acquaintances to see what they said about me behind my back ;). Or sit all day
every day in the production offices of Bad Robot until I knew the plot for Episode 7.

When was the last time you cried?
Today, listening to Lana Del Rey's 'Young and Beautiful'.

What is your biggest fear?
Losing my husband to some tragic end and being forced to live out my life realising the world sucks without him in it.
Being lost in space - floating aimlessly in a suit with limited oxygen supply is a close second.

What was the most embarrassing moment of your life?
Farting in front of a personal trainer. (I have mentioned farting twice in this interview - what does that say about me?)

Excluding search engines, what three websites would you choose if no other websites were available?
foodgawker.com retrostarwars.com and something boring but essential : Facebook

Do you have any guilty pleasures?
I guess trashy tv shows like Keeping Up with the Kardashians. Damn you for making me say that out loud.

What are you looking forward to the most in the next six months?
My best friend from school - who I've known since I was 5 years old, is coming with me all the way from Australia to visit Rancho Obi-Wan in Petaluma. We're doing a road trip up Highway one and I'm stoked about it.

What is your most treasured possession?
My wedding ring. And then my complete vintage Kenner Star Wars figure collection.

What is your biggest regret?
I only ever regret when I ignore my gut. So the times in my life where I went against my instincts and paid the price are moments I wish I could do over. But in general I'm not a regret person. I learn and appreciate stumbling. 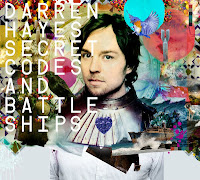 I'm proud of my solo recording career. It has never been easy and a sharp contrast to the
heady success of Savage Garden but I'm proud I have fought to retain my artistry even in the face of sometimes commercial failure. I could have given up so many times but I'm still here.

Thanks Darren for answering our questions.  We want photos of your complete Kenner collection. Make sure to check out Darren's album "We Are Smug" on ITunes and Amazon

Next week we have Cory Clubb from the excellent Coffee With Kenobi podcast.  Don't miss it.


Leia's Theme (one of my favourites too. - Rob)

Do you want to appear on our quickfire questions?  Blast me an email.  We're also looking for reporters for Celebration Europe.