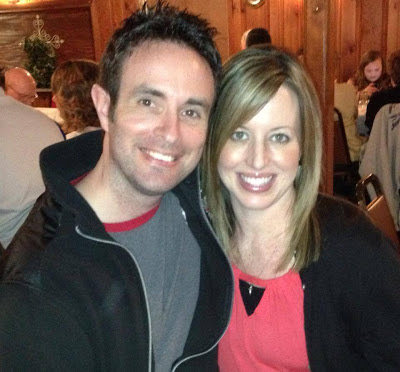 Dan is also the president of the Indycast fan club.  The number one Indiana Jones podcast.

So as mentioned, first up is Dan Zehr.

You're stuck in a swamp on Dagobah. What one movie, TV show, album and book would you take?
The movie would be either Raiders of the Lost Ark or The Empire Strikes Back, depending on my mood that day. The TV show would be Seinfeld, the album would be Abbey Road, and the book would be Adventures of Huckleberry Finn!

If you could invite any three people (alive or not, fictitious or not) to a dinner party, who would they be?
George Lucas, Mark Twain, and Ed Dolista. Lucas is obvious because of his storytelling, imagination, and incredible vision that has transcended film into a mythology for the ages. Twain is because, in my opinion, he is the best writer America has ever produced. A brilliant satirist, word smith, and conversational genius; what an incredible opportunity to pick his brain. Besides, he's the third most quoted, behind the Bible and Shakespeare. Ed Dolista because he is a good friend, and the amazing host of the Indy Cast. He has been a tireless mentor for Cory and me, and he's a great guy to talk to. Plus, he's a fellow educator. The four of us in a room would be amazing.

What is your favourite John Williams soundtrack?
Difficult question, but Raiders of the Lost Ark. Empire is a close second, but you can't beat the Desert Chase from Raiders.

If you were invisible for a day what would be the first thing you would do?
I would go to where they are making Star Wars Rebels and explore! I suppose checking out Lucasfilm would be insightful as well.

When was the last time you cried?
It was Wednesday, when our little boy Mason was born. Truly, the most amazing, God filled experience of my life. I can't wait to introduce him to the world of Star Wars.

(Congratulations on the new arrival. - TBT )

What is your biggest fear?
Heights! Anything over three stories, and I'm done for. Yuck!

What was the most embarrassing moment of your life?
Fortunately, I don't get embarrassed very much. I'm very much a ham. It helps as a teacher!

Excluding search engines, what three website would you choose if no other websites were available?
Facebook, Twitter, and StarWars.com The Bearded Trio is pretty awesome too. Great source of news. (Thanks Dan - TBT.)

Do you have any guilty pleasures?
I am a Cubs fan, but I'm not always sure that's a pleasure. I just hope they win at least once in my lifetime.

What are you looking forward to the most in the next six months?
Watching Mason Michael grow and spending Christmas with him. It's my favorite holiday, and I think it's about to get a whole lot better!

What is your most treasured possession?

What is your biggest regret?
I don't have any, as regrets are for those who have not learnt from their mistakes. All of mine have led me to where I am supposed to be. We should always learn from what life gives us!

What are you most proud of?
My beautiful wife and wonderful children (all three of them!) I learned a long time ago never to settle for anything less than what makes you truly, blissfully happy. My family gives me that on a daily basis.

What is your favourite Spielberg movie?
Raiders of the Lost Ark. As I said in Episode 159 of the Indy Cast (my first interview as Indy Cast Fan Club President) , the Star Wars films overall are my favorite, but Indiana Jones is my favorite film character. If I had to answer my favorite Lucas film, it would be the Empire Strikes back.

Thanks Dan Z for the answers.  It seems your just a big a fan of Indiana Jones as your are for Star Wars.  Congratulations on the arrival of Mason.  May the Force be with him.  Next week we complete the Coffee With Kenobi team as we have Cory Clubb stepping up to the plate. 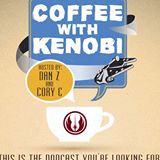