Quickfire Questions - This Week Cory Clubb of Coffee With Kenobi 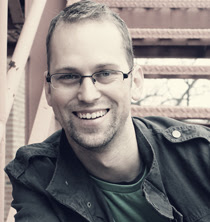 We conclude our Coffee With Kenobi Quick Fire Questions this week with the other half of the team, Cory Clubb. Coffee with Kenobi is a new Star Wars podcast but has hit the ground running and is definitely worth putting on your subscribe list.

As well as hosting Coffee With Kenobi, Cory is also an author and his book, Uncanny Day is due out in September. Check it out here.

Lets get started with the questions:

You're stuck in a swamp on Dagobah. What one movie, TV show, album and book would you take?
Tough to decide these kinds of questions, but I’d have to agree with Dan and Raiders of the Lost Ark as my one movie. Filmmaking at it’s finest! For my TV show, I’d like to revisit the LOST series and really dissect it. Classic Frank Sinatra would sooth me with his crooning while I poured over the collective work of Sherlock Holmes.

If you could invite any three people (alive or not, fictitious or not) to a dinner party, who would they be?
Stephen King, Christopher Nolan, and Stan Lee...it would be a long night!

What is your favourite John Williams soundtrack?
Honestly, I don’t listen to very much of Williams stuff, more of a Hans Zimmer fan (can I say that here?), but his Star Wars, Indy, and Superman scores are epic. And currently I’m enjoying his work on the Harry Potter films.

If you were invisible for a day what would be the first thing you would do?
Start tapping random people on the shoulder.

When was the last time you cried?
Every time I watch Rudy, I get a little misty.

What is your biggest fear?
That my Mac will somehow be sucked into an alternate dimension and I’ll have forgotten to back everything up.

What was the most embarrassing moment of your life?
I once interviewed for a job and had to draw a out engineering plans on a giant whiteboard as three employers looked on. I am not an engineer. I didn’t have to faintest idea where to start.

Excluding search engines, what three websites would you choose if no other websites were available?
Facebook, GeekTyrant, and Amazon.

Do you have any guilty pleasures?
Author Jim Butcher’s Dresden Files Series and bacon cheddar pretzels.

What are you looking forward to the most in the next six months?
Warmer weather and the release of my upcoming debut young adult novel Uncanny Day.

What is your most treasured possession?
I have a great library of books, although I’ve iPad, and Mac computer.

What is your biggest regret?
Sometimes I have a hard time deciding what to order while in the drive-thru at Taco Bell and end up ordering something that has a tasty looking picture rather than something I know for sure I’ll like.

What are you most proud of?
My wife, children, and my overactive imagination.

What is your favourite Spielberg movie?
Again it would have to be Raiders of the Lost Ark.

Thanks Cory for the answers.

Check out last weeks answers from the other half of Coffee With Kenobi, Dan Zehr. Next week we have director Erik Sharkey.