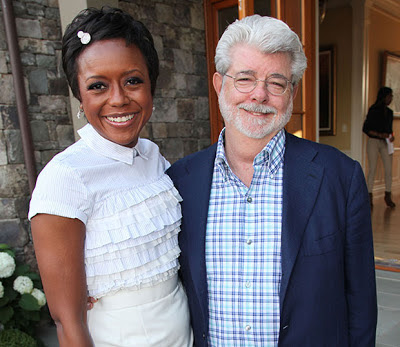 George Lucas and Mellody Hobson are today married.  George Lucas exchanged vows with his longtime girlfriend in front of family and friends.  Also joining the happy couple was friend, Ron Howard.  The director took to Twitter after the event tweeting:

"Let's give a Galactic shout out to Master George Lucas & his Bride Melodie (sic) on This their Wedding Day!! Congrats!!!!!!"

The Bearded Trio would like to congratulate the couple and wish them many years of happiness.