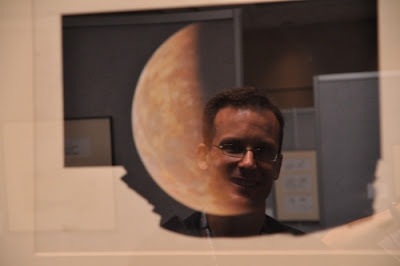 This week we have John Booth, the author of the excellent Collect All 21!  If you grew up in the seventies or eighties and you love Star Wars then you will absolutely love this book.  Taking you on a journey down Star Wars memory lane and bringing back those golden moments you may have forgotten from your childhood.  John Booth does a brilliant job of resurfacing memories of your first Star Wars toy or the first time you watch Star Wars on the big screen.

John has also wrote a novel called CrossingDecembers, writes for GeekDad and also has contributed for StarWars.com.  Lets fire those questions at John and see how he gets on.

You're stuck in a swamp on Dagobah.  What one movie, TV show, album and book would you take?
Movie: Extremely tough call, but I'm going with Lord of the Rings – The Fellowship of the Ring. 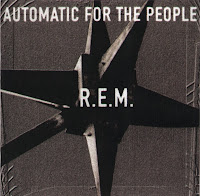 TV show: Assuming I can somehow get it off Netflix/Amazon and onto DVDs or something, The Wonder Years.
Album: REM – Automatic for the People.
Book: Advanced D&D Dungeon Master's Guide (first edition). I've only just recently learned to play Dungeons & Dragons. I tried when I was a kid, but never learned properly, and this book is just densely packed with imagination-sparking stuff that I haven't had time to really read and absorb.

If you could invite any three people (alive or not, fictitious or not) to a dinner party, who would they be?
My dad, who died when I was 22; Ray Bradbury in his 30s; John Hughes.

What is your favourite John Williams soundtrack?
The Empire Strikes Back. (Although my favorite single JW track is still “Rebel Briefing,” from the original Jedi soundtrack.)

If you were invisible for a day what would be the first thing you would do?
From a practical standpoint, I'd tell my wife and daughter, so they'd know not to worry about me. Beyond that, if I've only got a day, I'm probably not going to waste too much time travelling, so maybe something cool nearby, like sneaking a ride on the Goodyear blimp.

When was the last time you cried?

Last week. Something must have gotten in my eye while watching the last 20 minutes of Pixar's Up with my daughter.

What is your biggest fear?
Aside from things like losing family members and dying? Probably memory loss.

What was the most embarrassing moment of your life?
Hard to say. As a young part-time writer, I erroneously reported – in a major metropolitan newspaper – that the local professional baseball team was eliminated from playoff contention, when they were (at least mathematically) still in the hunt. The team manager called me at my day job to rant and rave, and the sports editors got an earful, too. Not fun.

Excluding search engines, what three websites would you choose if no other websites were available?
Facebook, io9, John Scalzi's “Whatever”

What are you looking forward to the most in the next six months?
Attending my first GenCon gaming convention. I love geek gatherings.

What is your most treasured possession?
My wife and daughter mean more to me than anything in the world. But if they were already outside our burning house, and I could grab one thing to take with me? A brass bell that my friend Tobi gave me in December 1990.

What is your biggest regret?
A couple solid years of truly poor decision-making regarding relationships, friends and family in my early 20s. I wrote about these in the “Dark Times” chapter of Collect All 21! That said, some of those choices eventually led me to my wife, so I can't regret them fully. I guess it's safer to say I'm just not proud of my behavior at the time.

What are you most proud of?
My daughter. More than just about anything, I've always wanted to be a good dad.

What is your favourite Spielberg movie?
Raiders of the Lost Ark. Straight-up action fun at its best, and so, so rewatchable.

Thanks John for answering our questions.  I must admit I'm a big fan of 80's music too.  Speaking of retro, I've read Collect All 21! and can't recommend it enough.  Its page after page of retro Star Wars goodness that will definitely bring a smile to your face.

Next week we have artist Paul Bateman answering our questions.