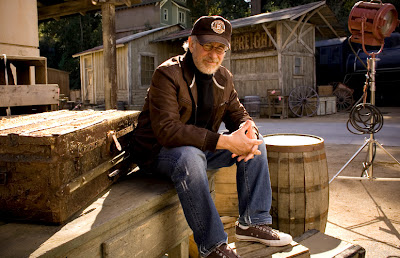 Everyone's favourite director, Steven Spielberg will preside over the jury for the 66th Cannes Film Festival who will be joined by Nicole Kidman and British director Lynne Ramsay.  Japanese director Naomi Kawase is also joining the star line up.

The male contingent on the jury will include French actor Daniel Auteuil. He received the festival’s Best Actor award in 1996 for his role in “Le huitieme Jour” with Pascal Duquenne.

Christolph Waltz is a less familiar face. having made his name as an SS officer in Quentin Tarantino’s 2009 film, “Inglorious Basterds.”

Two directors make up the numbers on the jury. Ang Lee has two “Best Director” Oscars under his belt, for “Brokeback Mountain” in 2006 and this year for “The Life of Pi.”

The Romanian Cristian Mungiu took the Palme D’Or at Cannes in 2007 for “Four months, three weeks, two days.” Last year he was back on the Croisette with “Beyond the Hills.”

The Cannes Film Festival runs from the 15th to the 26th of May.