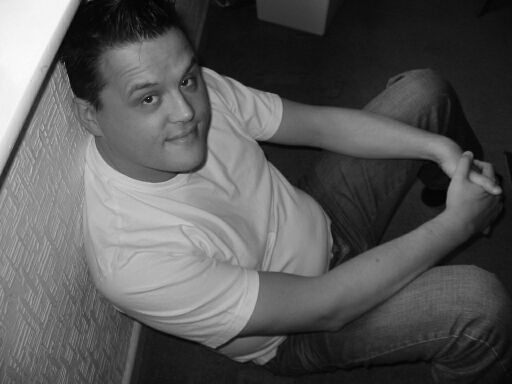 Jonathan Hicks is the role-playing and gaming editor for Jedi News.  He has also written reviews for RPG.net and published the free online RPG magazine ODDS.  Jonathan also wrote the dialogue for Universal's Battlestar Galactica game.  On top of all this he runs the RPG company Farsight Games.  In his own words he is a "writer, reviewer, tabletop gamer and professional nerd."

Here we go with the questions.

You're stuck in a swamp on Dagobah.  What one movie, TV show, album and book would you take?

Movie: Blade Runner. TV Show: Robin of Sherwood. Album: 'The Empire Strikes Back'. Book: The Lord of the Rings.

If you could invite any three people (alive or not, fictitious or not) to a dinner party, who would they be?

What is your favourite John Williams soundtrack?

The Empire Strikes Back.

If you were invisible for a day what would be the first thing you would do?

Have a damn good look around Lucasfilm.

When was the last time you cried?

What is your biggest fear?

What was the most embarrassing moment of your life?

Arranging a big tabletop game at a gamer's convention, publicising it for weeks and getting really excited, and then sitting in the room on my own while lots of other games continued around me because nobody turned up to play mine.

Excluding search engines, what three website would you choose if no other websites were available?

I love watching classic 1930s serials, anything with Buster Crabbe. And I'm a fan of Disney's 'The Black Hole'.

What are you looking forward to the most in the next six months?

What is your most treasured possession?

What is your biggest regret?

When I was in my early twenties, I tried to leave my nerd self behind and grow up as a real man, and so I sold a lot of my collection. It only lasted a few months but by then it was too late.

My work on the Star Wars 'Setnin Sector' setting I did with Mark Newbold. It's all fan work, nothing official, but it's been the better part of thirty years in the making and it's a great place to play around in.

What is your favourite Spielberg movie?

Raiders of the Lost Ark.

Where can people keep in touch or follow you?

Thanks Jonathan for those answers.  The Black Hole?  You're the one.  (Only kidding.)  Next week we have author of Collect All 21, John Booth.