Original 'Star Wars' film to be translated into Navajo language 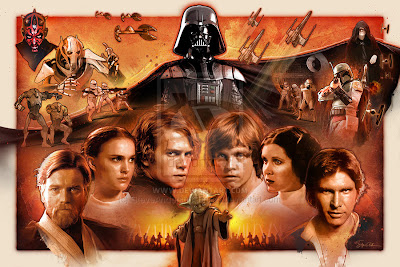 "Star Wars: Episode IV: A New Hope," will be translated into the native Navajo language, Dine. It will be the first major motion picture to be translated and then voiced-over in the language.

"It is one of the best movies of all time," said Manuelito Wheeler, director of the Navajo Nation Museum.

Navajo Nation Museum and the Parks and Recreation Department recently teamed up with Lucasfilm, which gave the tribe permission to dub the film. Lucasfilm produced the original movie in 1977, as well as the series that followed.

he Navajo Nation is the first Native American tribe to dub the film into its own language, though worldwide the movie has been shown in more than 50 other languages, Hale said.

The Dine version is scheduled to debut July 4 at the Navajo Nation Fair in Window Rock, and the tribe is hoping to show it in area theaters later in the year.

Whether people will be able to ever purchase a copy of it is not yet known.