Kathleen Kennedy Honoured With Pioneer Of The Year Award At CinemaCon. 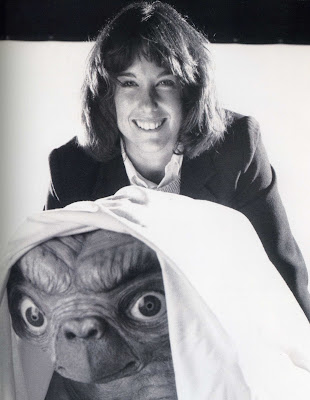 Producer Kathleen Kennedy was honoured with the Pioneer of the Year Award at CinemaCon on Wednesday evening.  The event was held at Caesars Palace in Las Vegas

Sally Field one of the co-hosts traced the illustrious career of Kennedy, who, before being handpicked by George Lucas to lead his company, had produced or executive produced more than 80 films.
An eight-time Academy Award nominee, Kennedy counts among her film credits four of the highest grossing films in motion picture history: Jurassic Park, E.T. The Extra Terrestrial, Indiana Jones and the Kingdom of the Crystal Skull and The Sixth Sense.
She also produced Steven Spielberg’s Lincoln, which received 12 Oscar nominations.
“As an actor, every moment of working on that film was perfect,” said Field of her experience on Lincoln.
“In an industry that is not and has not been female friendly…Kathy has beaten those odds the only way a woman can -- by being so much better than most everyone else,” Field told the crowd before introducing a video with remarks from some of the many people Kennedy has worked without throughout her career.
The video presentation, which featured comments from her longtime collaborators Lucas and Spielberg, along with her husband Frank Marshall and about a dozen other executives, filmmakers and actors, also revealed Kennedy’s athleticism (she’s an avid water skier) and philanthropic work.
After Field read a letter from former Paramount chairman and CEO Sherry Lansing, Kennedy took the stage to accept her award.
Kennedy kept her comments short, admitting that she had written a speech, but “didn’t completely comprehend” how significant the award was and what it meant to her until about 15 minutes before she took the stage.
“I just want to say thank you. This means a tremendous amount to me,” she said.
http://www.hollywoodreporter.com/news/cinemacon-kathleen-kennedy-honored-pioneer-441625