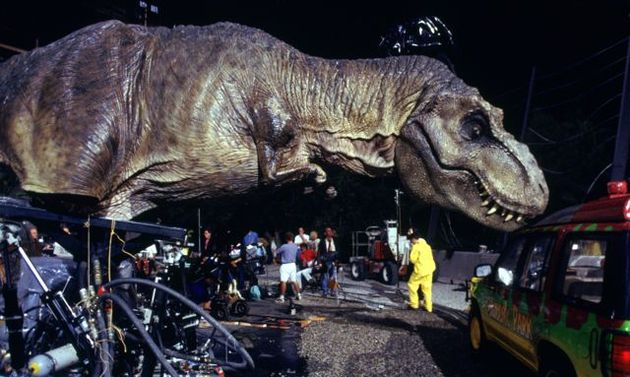 Pacific Business News reported on the 23rd that Jurassic Park IV is "one of four movies" pencilled in to start shooting in Hawaii.  The other movies being Godzilla, Pirates of the Caribbean 5 and an untitled Cameron Crowe film (going by Deep Tiki.)

“Jurassic Park 4,” “Godzilla,” “Deep Tiki” and a fifth installment in Disney’s “Pirates of the Caribbean” blockbuster franchise are the latest Hollywood movies with plans to film in Hawaii, Pacific Business News has learned.

An industry source tells PBN that “Godzilla” plans to spend a month filming on Oahu and another month on Kauai, which is also slated to be featured — once again — in the dinosaur thriller “Jurassic Park,” which is on its fourth installment, scheduled to be released next year.

An official with the Hawaii Film Office wouldn't confirm this news, Georja Skinner, chief officer of the state Department of Business, Economic Development and Tourism's Creative Industries Division (which oversees the HFO) said that "Hawaii is a sought-after place for films."