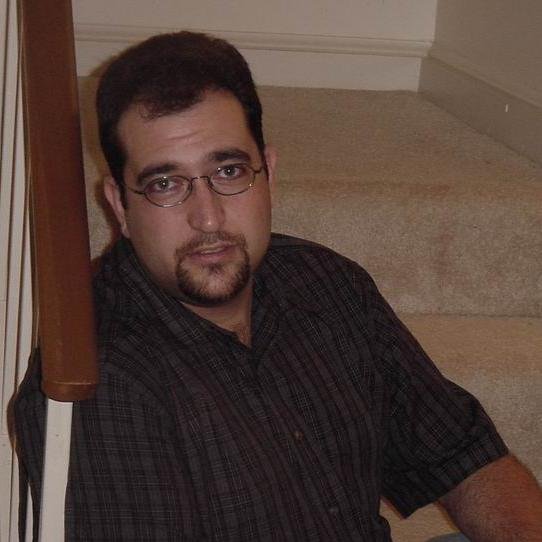 This week on our Quick Fire Questions we have a Forcecast special. Erik Blythe AND Eric Geller were kind enough to answer our questions so we thought we would bring you both their replies in the same week. First up is Erik Blythe who rejoined the Forcecast in January this year. Erik was the original host of The Forcecast way back in 2005. Erik also runs another podcast called RandomChatter.

You're stuck in a swamp on Dagobah.  What one movie, TV show, album, and book would you take?

Wow.  Aside from the obvious things like a book on "How to Survive Swamps on Dagobah," right?  That's tough.
At the risk of offending people for picking non-Star Wars content, I'd say I'd pick Doctor Who (the current reboot, not the old stuff) for television and the three-disc Blade Runner soundtrack as an album (sorry Mr. Williams).  For a book, I'd cheat and bring The Essential Reader's Companion by Pablo Hidalgo, as it's basically all the Star Wars books in one!  As for a movie, I can't choose the obvious (The Empire Strikes Back), because too much of it takes place on Dagobah, and I'd already be there.  So I'd probably choose Serenity.
If I can throw out some honorable mentions -- Ender's Game (book), The Matrix (film), Daydream by Mike Roe (album), and Lost(television).

If you could invite any three people (alive or not, fictitious or not) to a dinner party, who would they be?
Another tough one.  Most of my favorite characters are ones that you wouldn't want to hang out with for dinner.  And certainly not put in the same room together.  Deadpool and anybody in the same room is probably a bad idea.
Because I'm a geek and a movie fan, and so are they, I'd probably take the easy route and pick Kevin Smith, Damon Lindelof, and J.J. Abrams.  And yes, I would have picked Abrams even before he was attached to Star Wars.

What is your favourite John Williams soundtrack?
The Empire Strikes Back.  He's got so many great soundtracks, but that's my absolute favorite.

If you were invisible for a day, what would be the first thing you would do?
Lurk inside whichever room had the most Star Wars: Episode VII stuff going on.  Whether that's with Bob Iger, Kathleen Kennedy, J.J. Abrams, or the janitor...  I don't care.  I'll take what I can get.

When was the last time you cried?
Recent death of a relative.  Sorry, I know that's not a very exciting answer.

What is your biggest fear?
Being buried alive.  With Gary Busey.

What was the most embarassing moment of your life?
Can't believe I'm actually going to answer this.  When I was in the military, we had a squadron-wide meeting, during which some awards were given out.  The guest who was announcing the names was old, had an accent, and slurred his words.  He read a name that sounded a lot like mine.  Nobody got up.  He read it again, and it sounded more like mine.  Some co-workers turned around and looked at me in confusion.  Then he read it a third time.
Not wanting to make a fool of myself in front of about 150 people (I have social anxiety disorder, which would make it even worse), I figured I'd better get up on stage before I get in trouble.
Turns out the award was for someone else.  He kept reading the name because that person wasn't there that day.  When I got up on stage, he looked at my name on my uniform, looked at his list, couldn't find my name...  It all went downhill from there.  Big time. Also, see my previous note about my social anxiety disorder.  It was a pretty bad day.
I think this is the first time anyone other than my wife has heard that story.

Excluding search engines, what three websites would you choose if no other websites were available?
If we exclude everything Google related (especially Reader and Gmail), I'd have to say Amazon.com.  I buy way too much stuff from them.  I'd also have to pick a movie news website, and though there are probably better picks out there, I'd have to choose Ain't It Cool News as my site of choice.  Finally, I'd probably pick io9.com.

Do you have any guilty pleasures?
Oh yes.  Kung Pow: Enter the Fist is one of my favorite movies of all time.  I could list many more, but none would be as shameful as this.

What are you looking forward to the most in the next six months?
Any news on the upcoming Star Wars films.  I know there will be very little news, but I'll take what I can get.

What is your most treasured possession?
Hmm.  I've lost things in a flood, in another flood, and in a fire.  And had to downsize apartments a few times, and then give up even more to make room for a kid.  I'm not sure I have any possessions left that aren't primarily utilitarian.
Wow.  That's pretty sad.  I should go buy something...

What is your biggest regret?
Goofing off in school.  I could have gotten a scholarship to nearly anywhere I wanted, yet I slacked off.  Then I slacked off my first time around in college.  My entire life would be different if I had simply taken school seriously.

What are you most proud of?
I'm a pretty harsh self-critic, so in almost everything I've done, I see things to improve, not things to be proud of.  I've pulled off a few things that may have been legitimately impressive, some of which I've been told were pretty wonderful, but none of them important in my opinion.  And discussing them feels like bragging, which

What is your favourite Spielberg movie?
As writer, director, or producer?  As a director, there are a few that are tied for first, so I'll pick the one I think you probably hear least often.  I love A.I. Artificial Intelligence.  I think it's very underrated, and I'm absolutely confused as to why nobody seems to get that it's a retelling of Pinocchio.