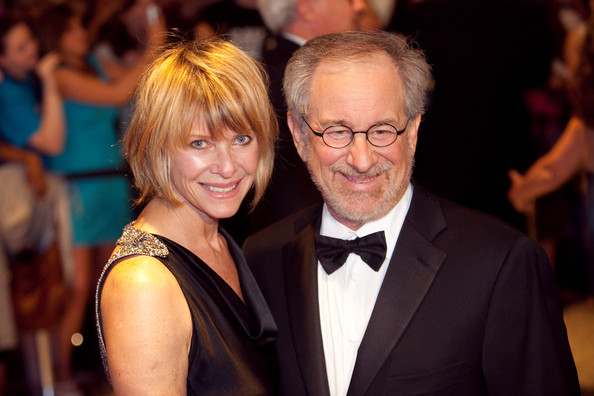 Steven Spielberg was outbid by his wife when the pair went head-to-head at a charity auction following the European premiere of Lincoln.

Around €250,000 (£210,000) was raised after the screening and star-studded gala in Dublin for a hospice foundation, of which the movie's star Daniel Day-Lewis is a patron.

Spielberg, who directed the multi-Oscar-nominated film, lost out to his other half - actor Kate Capshaw - who coughed up €43,000 for a set of etchings by U2 star Bono.

The charity auction, in aid of Wicklow Hospice, raised €143,000. An additional estimated €107,000 was made through ticket sales for the Lincoln premiere - at €160 a head - sponsorship and raffle draws.

Daniel Day-Lewis had persuaded Spielberg to donate a number of props from the film shoot, including a handmade knife, white gloves and miniature soldiers.