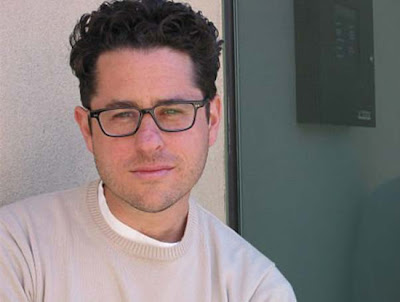 Star Trek.
I love Star Trek as much as Star Wars but before JJ Abrams brought us the 2009 Star Trek movie the franchise was dying if not dead.  Enterprise had long been cancelled and the last movie, Nemesis was not only a pile of steaming gagh, it also bombed at the box office.  JJ Abrams had a big task on his hand to reboot the franchise.  He not only successfully brought out a movie that pleased Star Trek fans, he also made the movie appeal to a new generation.  No mean task.

Fringe
The last episode has just aired in the US and UK.  If you missed the boat when it comes to this sci-fi thriller then you have missed quite possibly the best TV since Deep Space 9.  Created by JJ Abrams along with Alex Kurtzman, and Roberto Orci the series boasted some of the most in depth and three dimensional characters ever created.  Its arguable that Walter Bishop played by the brilliant John Noble is one of the best characters ever created for TV.

Lost
It may not have satisfied everyone (especially the ending) but at its height this TV series was serious water cooler conversation material.  What was the smoke monster?  What are those numbers all about?  Why isn't Hurley getting thin?  Are they all dead?  Created by Jeffrey Lieber, J. J. Abrams and Damon Lindelof, the show usually presented more questions on a weekly basis rather than answer them.  It was this format that made you tune in the following week with the hope of getting some insight.  A clever idea.  Again like Fringe the show boasted some wonderfully three dimensional characters and superb dialogue.

Alias
created by J. J. Abrams which was broadcast on ABC for five seasons.  Alias was in the American Film Institute's top ten list for television programs in 2003.  British magazine Empire ranked it #35 in their list of the "50 Greatest TV Shows of All Time" and said "Alias was an action-packed weekly adventure that outclassed just about every other show in the genre"  A show which set a trend and was ahead of its time.

Super 8
With a budget of only $50 million dollars JJ Abrams was determined to make a movie that was a tribute to Spielberg's 80's movies style.  He didn't disappoint.  A monster movie with a distinct Spielberg retro feel that focused more on the kids characters rather than the monster that was hardly seen.  Great movie with a great feel.  If you didn't know better you would think this was directed by Spielberg.

Bad Robot Productions
Bad Robot Productions is to JJ Abrams as is Dreamworks to Steven Spielberg.  They are responsible for the television series Alias, Lost, What About Brian, Six Degrees, Fringe, Undercovers, Person of Interest, Alcatraz, Revolution, and the feature length films Cloverfield, Star Trek, Super 8, and Mission: Impossible – Ghost Protocol.
The production company seem to be on the side of fans.  We are probably all familiar with the recent story of a dying Star Trek fan who's final wish was to watch the new Star Trek movie before he died.  JJ Abrams and Bad Robot Productions made this come true for the fan.  A nice touch which was universally approved and showed that big Hollywood companies can have a heart.  I also thought it was nice that I had a message from Bad Robot Productions thanking me for bringing a story to their attention a few weeks ago.  Nice touch.

Marketing Campaign
Cloverfield was one of those films that split the camp.  Some loved it, some hated it.  One thing you cannot deny was the marketing campaign.  Filmmakers decided to create a teaser trailer which they put together during the preparation stage of the production process. The teaser was then used as a basis for the film itself. Paramount Pictures encouraged the teaser to be released without a title attached.  It caught everyone by surprise.  People were trying to find out what this movie was.  Was it connected to Lost?  What was that thing falling into the water in the background.  It was such a clever idea which to a certain degree was done for Super 8 too.  Viral videos hit the internet which was also done for the TV series Lost that gave you important clues and maybe some answers to what was going on.  Fake companies such as the drinks company Slusho were setup and had professional looking websites.  Its only when you start to look deeper into the site such as links and contacts do you see the site is actually connected to the Dharma Initiative or some other link in Lost, Cloverfield or a character from the show.

We can expect some clever marketing from the director along with the might of Disney.

He's a fan
He has recently come out and admitted that he is more of a Star Wars fan than a Star Trek fan.  If he did that with Star Trek, imagine what he will do with Star Wars?

He's a geek
He knows what fans want because hes a fan of the genre.  This is not a director that's been brought in based on what his awards tally is.  This is a director who knows the genre.  He knows the geek community.  One of his earliest jobs was working in a comic book store.

"When I was a kid I would send fan letters to people I love," Abrams explained at the Entertainment Weekly-sponsored event. "Usually they were not actors or directors, they were usually the make-up people. So I would send letters to like Tom Savini and Dick Smith, and Dick Smith did The Exorcist, and he sent me the tongue from The Exorcist.  I was like 14 and I opened up this box and there was a tongue with a hand-written note. [It] said 'put some peanut butter in it and stick it in [your mouth].' My mom was like, 'what the f--k is that?'"

he also recalled a time he got a call from Kathleen Kennedy.

"When I was 16 years old, Matt Reeves and I did a Super-8 film festival in LA," Abrams remembered. "The LA Times wrote a story about it that came out the next day, and we got a phone call that day from Steven Spielberg's assistant, who at the time was Kathleen Kennedy." He explained that Spielberg wanted the duo to repair some of his childhood films whose splices had fallen into disrepair over the years.

"We said, we've got finals, but we could probably make time to repair Steven Spielberg's movies. So we repaired the movies and they gave us $300, which was when I knew why they got us to do it."

Michael Giacchino
Its not worth thinking about but if John Williams doesn't sign up for Star Wars VII then we need to make sure that one of the most important parts of Star Wars, the music is in good hands.  Michael Giacchino's credits speak for them self   Three notable soundtracks in my opinion stand out.
Disney's Up.  The first twenty minutes of that movie has no dialogue and is carried along with Giacchino's score bringing so much depth and emotion.
Super 8 was a homage to Steven Spielberg and you would be mistaken you were listening to a John Williams soundtrack.  Proof that Giacchino can replicate the master John Williams.  Actually I'm listening to this as I write this.
Star Trek.  Mixing the classic signature tune of Star Trek with his own interpretation, I loved his work so much that I wouldn't miss the famous Trek signature and that I never thought I would say.

He is the perfect choice for Star Wars.  Apart from Steven Spielberg I can't think of a more perfect match for Star Wars.  2015 can't come fast enough.  Maybe I could do what they did in Fringe and stick myself in amber.

What do you think?  Maybe you think Abrams will be a bad thing for Star Wars.  I would love to hear from you.  Leave a comment below or on our Facebook page.