By welshslider April 24, 2011
Just got back from the Sci-fi fair held at Newport South Wales.  What a great time.  I met Gerald Home who played Squid Head and Mon Calamari in Star Wars, Alan Ruscoe who played Plo Koon and numerous Doctor Who characters and Toby Philpott who helped control Jabba in Return Of The Jedi. Take a look at some of the photos and videos.  Feel free to leave me a comment or tweet on twitter. 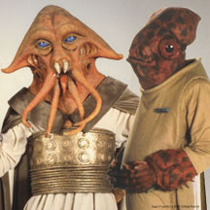 Alan Rusco with me sharing a joke 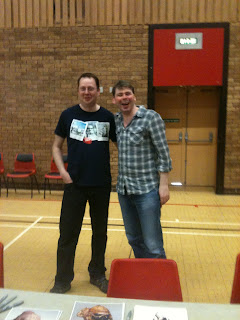 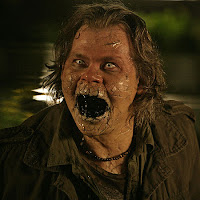 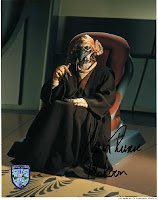 Below are some more photos including a video of the fair.  Includes Daleks, K-9, a David Tennant look-a-like, Stormtroopers and errrr a bird! 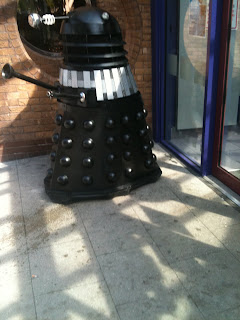 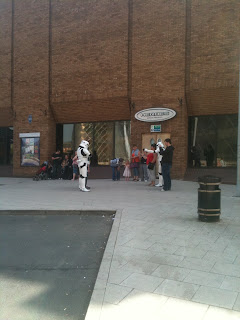 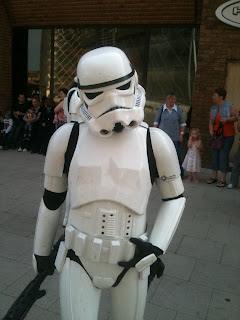 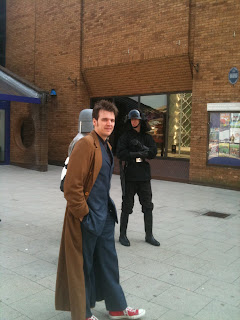 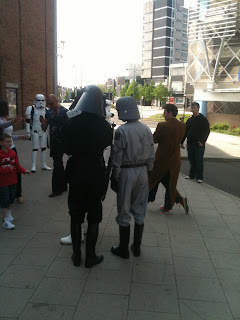 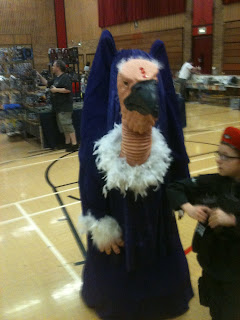 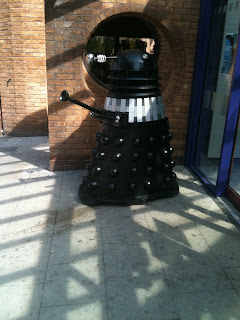