Unconfirmed - Indiana Jones 5 Will Be About The Bermuda Triangle 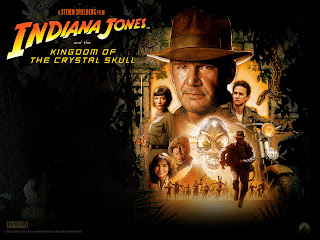 musicrooms.net is reporting that the next Indy film will be about the Bermuda Triangle where as we all know is where aircrafts and boats mysteriously go missing.  The movie that starts shooting next year will once again star Harrison Ford and Shia LaBeouf.

“George (Lucas) and Steven (Spielberg) have been working on a script and it's almost there," a source explained. “Harrison is on stand-by for filming next year. This looks like being an emotional and exciting conclusion to the franchise, with Indy facing his biggest challenge yet.”

“Shia LaBeouf has a central role again as Indy's son but this will be a blockbuster made in the old fashioned way rather than the CGI efforts of the last movie,” the source added.


This is all unconfirmed so lets wait and see.  I'm not entirely convinced by the facts above and need more than "a known source."  Thebeardedtrio will keep you updated as soon as we get any more news.