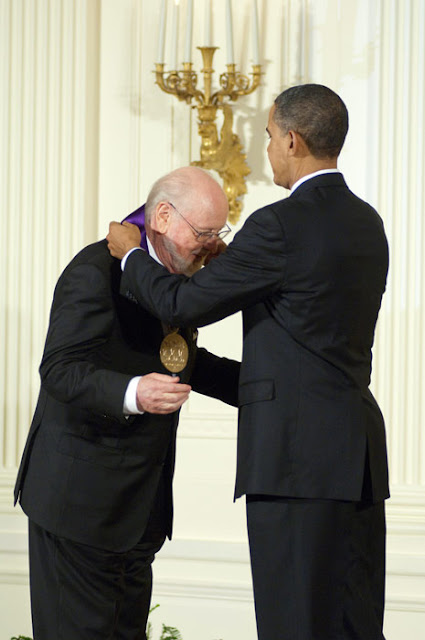 President Barack Obama presented John Williams with the 2009 National Medal of Arts on Feb. 25, 2010 at the White House in Washington. Williams was lauded “for his achievements in symphonic music for motion pictures", and cited "as a pre-eminent composer and conductor [whose] scores have defined and inspired modern movie-going for decades."

Video of the awards - John Williams is about 17 minutes in