Avatar DVD/Blu-Ray release. Worth Buying Or Worth Waiting? 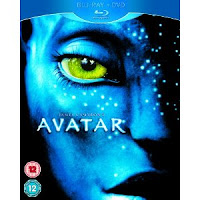 So Avatar is out Monday 26th April, just in time for Earth Day but the general vibe on the web is that this is a bare bone version with the ultimate version out next year.  No extras are on the DVD or Blu-Ray with Fox saying that they wanted all the room on the discs for the picture and sound quality.  Hmmmm!  I'm not convinced on that statement as a second disc could have contained all the extras.

Anyway is it worth buying?  Well if you have a blu-ray player then one hundred percent yes it is!  The picture and sound quality is the best yet and will definetely show off your home cinema setup.  The colours are remarkable and Pandora will still come to life even with the missing 3D.  If you have a standard DVD then I would save your money until the Summer when Avatar will get released in the cinema again with six minutes of delete scenes.  Avatar is like beer.  You buy a beer and on the side of the bottle it will say "best served cold".  Avatar should say "best watched in HD and/or 3D."
As for those saying that this is just another way of getting more money out of movie fans.  Well no one is forcing anyone to buy this release, if you want to wait for next years release then so be it.  Me?  Well I will be buying this years release on blu-ray and then come next year I will sell my copy on Amazon and purchase the next edition.  Simple.  Get some money back and everyone's happy.
Looking on the web and it is possible to purchase the blu-ray version WHICH COMES WITH THE DVD VERSION IN THE BOX so best of both Pandora's there.  For The UK buyers the chepest I've seen is £14.99. (http://www.amazon.co.uk/Avatar-DVD-Blu-ray-Sam-Worthington/dp/B003BVI6OM/ref=sr_1_2?ie=UTF8&s=dvd&qid=1272194936&sr=8-2) 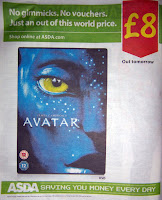 If you see it cheaper let me know and I will post it here.